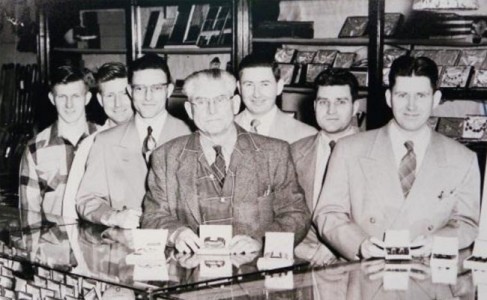 Bob Ward & Sons, Montana’s oldest and largest sporting goods retailer, is celebrating its 95th anniversary in 2012. With deep roots in Montana, the Ward family continues to own and operate the now 5-store chain and is proud of its heritage and the tale of its founder, Robert “Bob” C. Ward.

Bob Ward was born in Minnesota in 1885. In March 1900, at the age of 15, Bob set out on a journey to the Klondike in search of gold. Two states later, in Missoula, Montana, he ran out of money. Eager to continue his journey, Bob looked up an old family friend, John Roland, who owned a Missoula jewelry store. Roland offered Bob a job that the young man was sure would pay the rest of his way to the Klondike.

Still in Missoula sixteen years later, Bob was married and on the verge of opening a watch-repair shop. His shop opened in 1917. Over the next decade, he and his wife became the parents of eight children, six of whom were boys. And those six boys followed in Bob’s footsteps, creating a Montana business tradition known today as Bob Ward & Sons.

Bob Ward’s love of hunting and fishing led him to become a well-known gunsmith in addition to being a skilled jeweler. Bob was also the first person in the country to import wire-haired griffons from Germany. These highly trained hunting dogs earned Bob a national reputation for breeding and training. As he aged, Bob Ward’s enthusiasm for outdoor activities did not diminish. At 66, he won a national rifle marksmanship competition. When Bob was in his 70’s, “Ripley’s Believe it or Not” featured an article on him after he’d successfully hunted a black bear with a bow and arrow.

Eventually, the Bob Ward & Sons business grew to include custom gun-making and fishingtackle manufacturing (part of the fishing line was the locally famous “Ward Wobbler”). Robert C. Ward passed away in 1985 at the age of 100, leaving his dedicated sons to keep the business thriving. 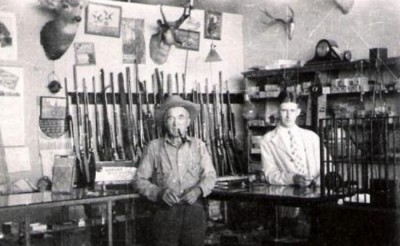 After returning from World War II, Bob’s oldest son, Irvine, expanded the business into retail sporting goods, which is its primary business today. The company grew to become the largest sporting goods company in Montana. Under the guidance of Irvine’s son, Keith Ward, the company has further expanded its reach to include stores in four other markets in Montana: Butte (1973), Bozeman (1978), Hamilton (1980) and Helena (1984). The company joined the ranks of online retailers in 1999 with the launch of bobwards.com. Bob Ward & Sons has become one of the largest privately held sporting goods companies in the Northwest. Keith’s son, Chad Ward, joined the company full time in 1997 after graduating from Wake Forest University and now is president of the company.

It all began, simply, because Robert C. Ward, at the age of fifteen, ran out of money in Missoula, Montana, while on his way to find a fortune. What he found instead was a long, prosperous life in the heart of Big Sky Country; what he left is a proud legacy of service to Montanans and others that the family carries on today. 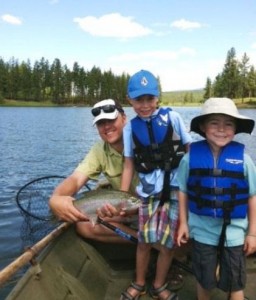 Company president, Chad Ward, released this statement about the significance of the anniversary. “What can one say after 95 years in business and four generations? It simply comes down to a huge “THANK YOU” to our neighbors and customers as well as the thousands of employees we’ve had over the years. We love Montana and are grateful to be able to help provide gear, advice, and service to everyone that wants to enjoy the outdoors of Big Sky Country. I also really enjoy hearing the stories that pop up randomly from folks I don’t know about my great grandfather or grandfather, as well as when someone tells me that they used to work here decades ago. I’m sure I haven’t heard half of the stories that are out there. 95 years is a long, long time to be in business. But we hope and plan to be in business for a long time to come. We are still a locally owned Montana business with deep ties to the communities we are in. So to all our customers from the past, the present, and the future, thanks again and hope to see you in the store, on the river, on a mountain top, on the golf course, or wherever your adventurous side takes you!”

Bob Ward’s is celebrating its anniversary June 7 – 17 with one of the largest sales in its 95-year history.