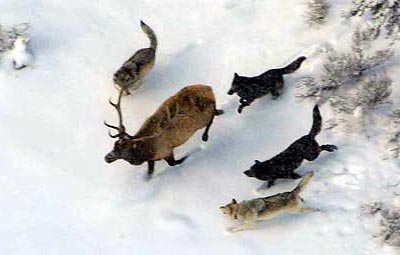 The response to next years wolf hunt in Montana has been huge. The new wolf hunting proposal is up for approval this Thursday by Montana Fish, Wildlife, and Parks. Thus far, Montana FW&P has received 6500 comments on proposal.

To put that number in perspective, FWP received 1,500 comments on the 2011 wolf hunt plan.

The hottest topic being debated is allowing trapping for the first time.  Fish Wildlife and Parks commissioners gave an initial ok to allowing trapping in May. Wildlife officials in the state of Montana told them that it is a necessary el to reduce the wolf population. Opponents decried the proposal as cruel and morally wrong, warning that other animals and pets would be caught in the traps.

Last winter, hunters were only able to harvest 166 wolves out of a 220-animal quota. The wolf population rose by 15 percent by the end of 2011 to a minimum of 653 wolves in the state.

The comment period for the new wolf hunting regulations and season is now closed. Montana Fish, Wildlife and parks will make their final vote Thursday.

For more information on the proposal and the voting process please visit: Montana Fish, Wildlife & Parks