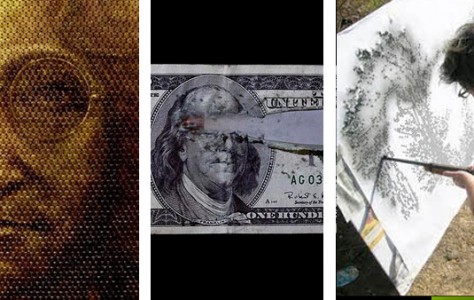 Bullet Art – Creative Catch of the Week
By Kelsey

I am a huge fan of artwork that uses unique techniques especially – when shooting a gun is turned into a beautiful piece of art.

I would have to say that any still shot of a bullet tearing through or exploding objects is enjoyable to the eye. I wonder if there is anything that isn’t interesting while being impacted by a bullet. Destroying and blowing things up has the danger and ‘rush’ and merely capturing that which cannot be seen by the human eye is pretty much amazing! Check out the video below I found of simply objects being shot at and what happens at impact in slow motion.

There is on the other hand the art that is against destruction and pushes for someone to create rather than destroy. These are just another way to re-use and recycle bullets and make really awesome art as well! Who doesn’t want John Wayne made out of bullets? 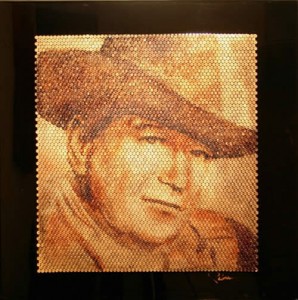 Then there is the hybrid, shooting bullets at a canvas to create an image rather than capture the destruction of an object. I just hope that these people are doing these in a safe place – this art is extremely dangerous- to be hanging something on the wall on teh wall or watching for 5 minutes. Especially if you are using metal sheets like Walton Creel uses (see images below). 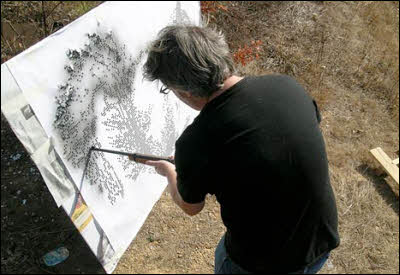 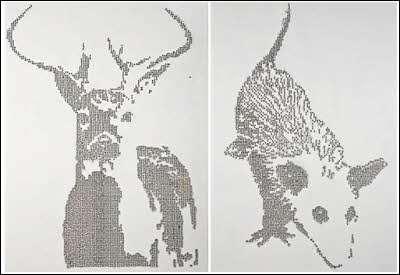 If you don’t want to shoot animals and you have an amazing shot well, lets just say you can now put it to good use! What a great challenge it would be too – shoot Marilyn Monroe’s face out of the canvas (or metal sheet if you dare).

Watch the video below and get inspired! What a great office that would be.

I would want to know more about the shooters of this artwork, I mean they have to have extremely good shots and must practice quite a bit to be able to shoot exactly where they need to (the bullet lighting the match – WOW!). 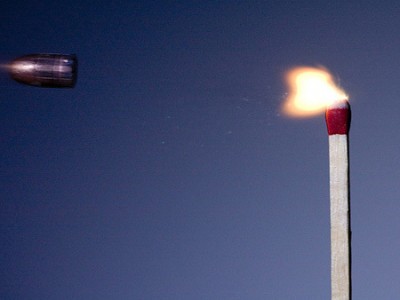