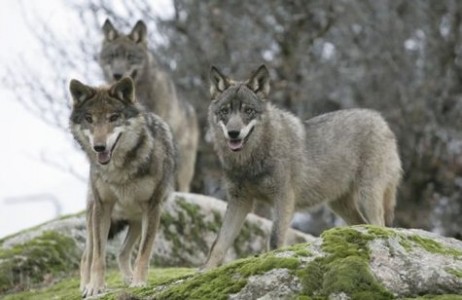 Wolves are making the headlines again, but this time it isn’t in Montana or any of the Rocky Mountain States.  This time, it’s the Great Lakes wolf and two animal protection groups want them returned to the endangered species list.  I picked up on this story while on the web site www.startribune.com.

Do you think Montana’s GOT WOLVES?  Try out three states in the Great Lakes Region.  The estimated animal count is 4000 the animal protection groups want them BACK on the endangered species list?

Take a moment and read the story below written by  Josephine Marcotty, and contributed by Doug Smith, of the Startribune.com the Minneapolis-St Paul daily newspaper. 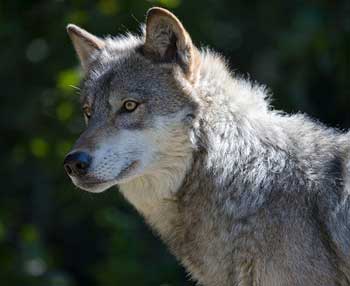 In serving notice Monday that the Humane Society and the Fund for Animals intend to sue the U.S. Fish and Wildlife Service for de-listing the wolf, Humane Society CEO Wayne Pacelle said Minnesota and Wisconsin had acted irresponsibly in allowing wolf hunts just months after the animal was removed from the federal endangered species list earlier this year.

“The U.S. Fish and Wildlife Service put faith in the state wildlife agencies to responsibly manage wolf populations,” Pacelle said. “But their overzealous and extreme plans to allow for trophy hunting and recreational trapping immediately after de-listing demonstrate that such confidence was unwarranted.”

Minnesota, he noted, had pledged to wait five years before authorizing the hunt that now starts next month. The Wisconsin hunt already under way could claim nearly a quarter of that state’s wolves, Pacelle said. 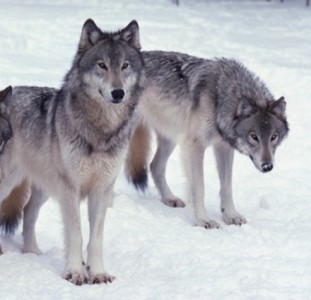 “I’m tired of people testing and re-testing things that have already been settled,” said Dill, adding that he will ask Minnesota’s congressional delegation to “re-visit the Endangered Species Act to make it more workable for states.”

“We don’t want to get rid of the Endangered Species Act, because it’s useful,” he said. “But in this case, it’s met its objectives. Maybe it’s time we look at this and see if there are some things that just don’t make sense anymore.”

“But gray wolves are thriving in the Great Lakes region,” Kauffman said. “Wolves total more than 4,000 animals in the three core recovery states in the western Great Lakes area and have exceeded recovery goals. We are confident state and tribal wildlife managers will continue to effectively manage healthy wolf populations.”

“While I have not been involved in the details of the state wolf hunt … our state has double the wolves we are supposed to have and that is why the Interior Department took them off the endangered species list. It was the right decision.”

If the Fish and Wildlife Service doesn’t reconsider the de-listing in 60 days, the two groups will ask a federal court to reinstate endangered-species protection for gray wolves in the Western Great Lakes region.

Joe Martin, executive director of the Minnesota State Cattlemen’s Association, said returning wolves to the endangered list could threaten the livelihoods of some of the 7,000 families that raise more than 250,000 cattle in Minnesota’s wolf range where livestock kills are on the rise.

“The Legislature specifically removed that five-year waiting period [before a hunt could begin] during the 2011 Legislature,” Martin said. 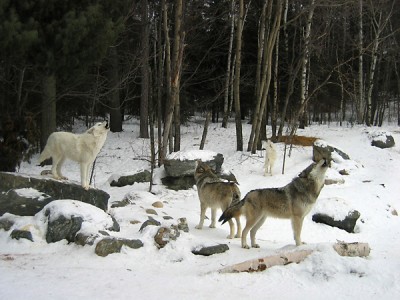 In a separate legal action, also Monday, the Minnesota Supreme Court was asked by two other groups to stop Minnesota’s wolf hunt.

The appeal contends that a lower court was wrong when it ruled last week that the killing of as many as 400 wolves in the state would not cause irreparable harm.

The Center for Biodiversity and Howling for Wolves claim the Department of Natural Resources violated its own rules by not giving the public adequate chances to weigh in on the state’s hunting plan. The Minnesota Court of Appeals ruled last week the case could proceed, but declined to grant an injunction to stop the hunt.

Without the injunction, the hunt will be over before the legal challenge is heard, said Collette Adkins Giese, an attorney for the Center for Biological Diversity.

“We’ve taken a very conservative approach [to the wolf hunt],” Niskanen said. “The harvest quota of 400 wolves [from a population of about 3,000] is sustainable and science-based. It will not hurt the state’s wolf population. Some of the best wolf experts in the nation have given it their blessing.”

Hunters selected by lottery for the early Minnesota wolf hunting season, which begins with the firearms deer season Nov. 3, must buy their licenses by Oct. 24. Early-season licenses not sold by then will be made available at noon on Oct. 29 on a first-come, first-served basis to early- or late-season applicants not selected in the lottery.

Any eligible hunter, regardless of whether he or she entered the wolf season lottery, can buy a remaining early-season license at noon on Nov. 1.