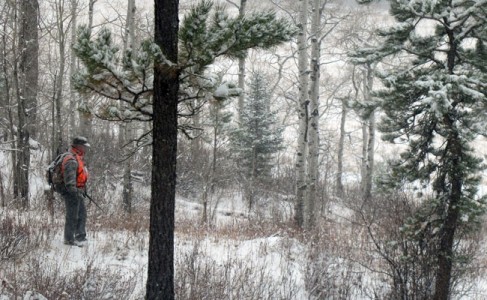 How was your hunting season? Did you fill all of your tags, some of them, none of them?

Judging by the check station reports from the eastern and southwestern portions of the state, fewer hunters went out this season and game harvest was down from last year. Any ideas why?

Well, the weather is always easy to blame. It was pretty warm this fall. The warm weather also meant a lot of fires this spring and summer, as well as little forage for wildlife. That likely pushed animals to irrigated agricultural fields or river bottoms where they are less accessible to hunters.

Gas prices are another annual problem. Prices spiked in the fall before hunting season but were on their way down at the end of November, which could have made for fewer trips afield. Or are fewer folks going out and this is the new norm? It’s hard to say.

Fish, Wildlife and Parks will be conducting telephone interviews with hunters this winter to get a better idea of the harvest, as well as conducting survey flights to count deer, elk and antelope. One thing is for sure, the sparse amount of forage on the ground now could spell a tough winter for wildlife, especially if cold and snow hit hard. If animals went into winter leaner than usual, it could mean more winterkill as well as fewer fawns and elk calves in the spring.

We Montanans are used to fluctuations in the weather, though, so we’ll roll with the punches. Right?

This post was written by Brett French, Outdoors Editor for the Billings Gazette.