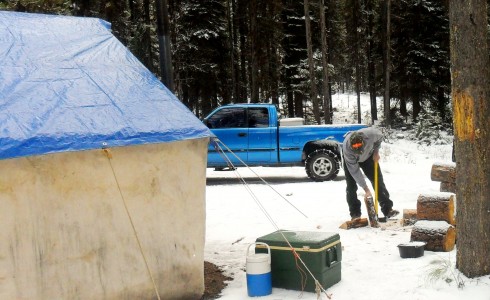 Every hunting trip is a learning experience for me, and this year was no exception.  Here are five things I learned first-hand during this 2012 hunting season:

This is common sense, I know, but until I actually helped drag a bull that was cut in half from where it was shot, I hadn’t ever attempted to drag an elk, nor had I been close enough to one to touch it.  Even after being gutted, I couldn’t believe how heavy he was.  There were four of us, and it felt like we were dragging a 1,000-pound boulder!

Between the excitement for somebody in our hunting group not only filling their freezer but also getting a bull…and with the bull being non-typical, my adrenaline was pumping, so the weight didn’t really affect me that much in a negative way.  I mean, I knew they were heavy, but wow! 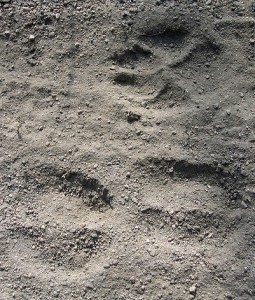 We already know that wolves have a thing for elk, but it was interesting to see just how disturbing the situation is with my own eyes.  We spent so many days hunting for elk and noticed there weren’t even a fraction of the wolf tracks that there were last year.  It turns out there weren’t any elk tracks either…until a few days before the end of the season.

The elk started trickling into our area and right on their heels were the wolves.  You couldn’t walk 30 yards in the entire area we hunt without finding a wolf track–nor could you find elk tracks without wolf tracks behind them.  According to the tracks, the wolves seemed to be chasing the bulls, sadly.  So much for the theory of wolves only going after the sick and the weak.

I kept hearing one of our hunting group members, Coral Maxwell, talk about “pitch balls”, and, finally, I asked what on earth a pitch ball is.  It turns out, it is essentially a build-up of sap that hardens into a ball-like form on a tree.  This “pitch ball” is highly flammable and works well to get fires going.

Coral even carries a couple of pitch balls in a plastic baggie in her pack while out hunting to aid in starting a fire, if necessary.

I have always known what sap is, but I had never heard of a “pitch ball”, and I am glad I now know.  What a great and natural aid to have access to when you’re in a bind and need to get a fire going in the woods.

After seeing dozens of wolf tracks at the entrance to a campground, down the road from where our camp was set up, we decided to get out the wolf call and try howling.  It was around 9 o’clock, and it was too dark to hunt, so we figured we would just try to get a response, but we weren’t expecting anything in return.

Right after the wolf howler did its thing, we instantly heard a barking and yipping frenzy, along with semi-howls just up the ridge behind our camp.  The responses obviously came from the yearlings whose tracks we had been seeing everywhere for the last day or two.  We were all so shocked to hear an answer that we immediately stopped what we were doing and ran outside the wall tent as our howler let out another howl.

The same thing happened about three or four times until the very last one.  That particular one must have alarmed a larger wolf, who was obviously part of the pack, as we heard one short, deep, eerie howl before the incessant yipping suddenly stopped.

We never heard another sound from them after that.

Whatever we were saying in dog language got the pups riled up until the adult wolf put an end to their chatter-barking with one howl.  I am now convinced that wolf pups are very well-behaved and even moreso than a lot of children!

5.  Building a Fire Right After a Kill Can Help Prevent Hypothermia 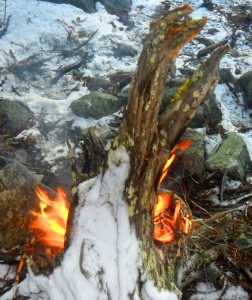 Another common sense fact, I know, but I never realized just how much work it is to just reposition an elk that has been shot, much less gutting it and hauling it out of the woods. It is hard work to just move it, and you get all sweaty, which might not be the best thing when it is just 20 degrees outside, regardless of how hot you feel.

For most people, by the time they shoot their elk, they had been hiking around for a while and they are full of adrenaline, so they don’t realize their clothes may be wet from sweat or maybe that they are getting damp.  Building a fire right after your kill is smart, because chances are, you are going to be sweating even more at some point while you are gutting, cutting up and dragging out your bull, and it will help raise your body temperature and dry your clothes.

It never occurred to me to build a fire at that particular time, because I had been so hot from hiking up the side of the mountain to help drag out the bull, but let me tell you, when we were done, I was freezing, and the fire felt so good.  My new-found knowledge of pitch balls comes to play here, too!

The more I hunt, the more I learn, and I couldn’t be more passionate about, both, hunting and learning  Reading something in a book and experiencing it first-hand are two completely different things, and I feel fortunate to have the opportunities to experience all that I have and will.