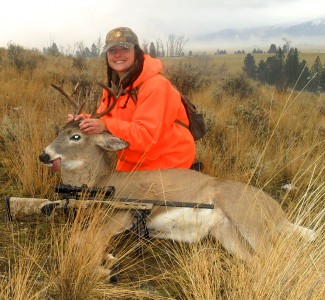 It was Saturday, November 24th, and I hadn’t filled any of my tags yet, but Aarron Wattrous of Conner, my friend who had the hookup with the location, was convinced that I would find my buck there.  I, however, wasn’t so sure of this, and that was okay. 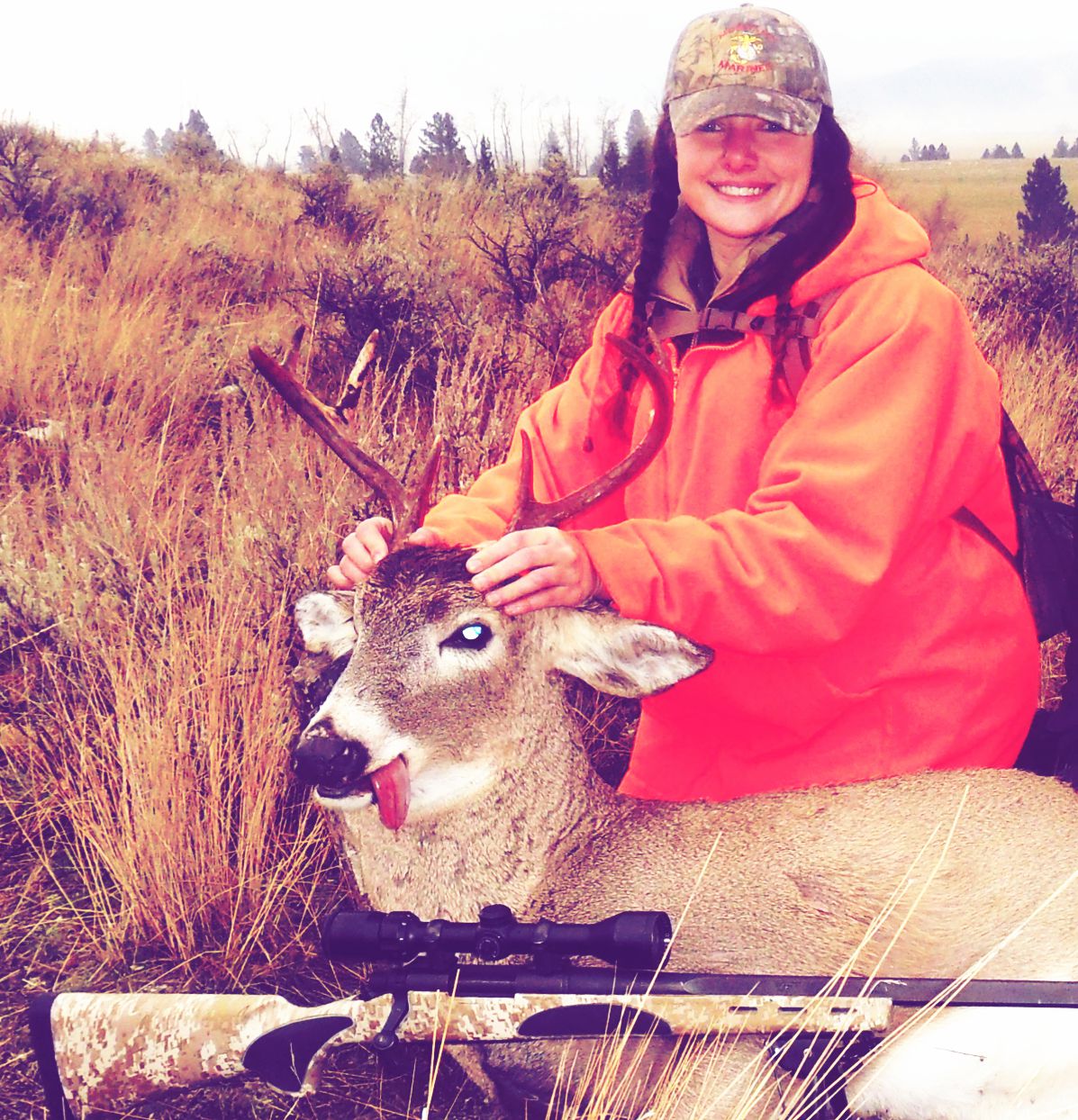 We spent the first hour or so stalking a small portion of a draw where we had jumped up a few does, but didn’t see anything more.  At this point, I assumed the deer had all retreated to the trees and bedded down, due to the drizzling  ice-cold rain.

We decided to check out another area, and as we came around the corner, Aarron glassed some movement on the hillside and said, “There’s a buck…and there’s another one.”  I immediately zeroed in on him with my binos and watched a buck angrily thrash a sagebrush bush with his antlers–I knew he was the one.

Aarron cleared off a bush for me to use as a rest while Jason, who was driving, watched the angry buck through his binoculars.

“Shoot him before he leaves”, Jason hastily repeated a couple of times in a loud whisper, annoyed that I wasn’t shooting.  The thing was that I was trying to subdue my shaking from the adrenaline.  For some reason, I got really excited, and I had no control over the shaking.  It makes me laugh to picture what the two guys were seeing while watching me from behind.

Aarron attempted to counteract my excitement by calmly stating, “You have all the time in the world.  Take your time.”  And it worked….that calmed me enough to zero in on the buck and pull the trigger.

One double lung shot, with a .308, later, and we were standing over him no more than 20 yards from where he was hit–from 330 yards.  He appeared to be an old buck, but he had a huge swollen neck and quite a bit of fat on him.  His rack didn’t have much girth, but he looked like good eating.  I couldn’t have been happier with my handsome 4×4, even though many probably would pass on him.

I have Aarron and Jason to thank for being there and giving me this story to write.  My buck is currently at the taxidermist, and he will be ready for pick-up next Summer.

I can’t wait to see him again!