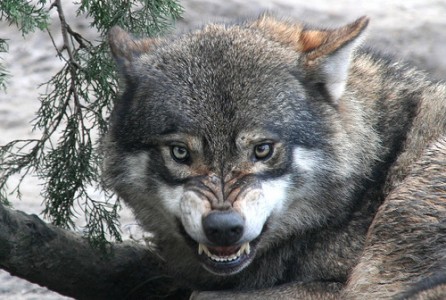 With Montana’s wolf season in full swing, it should be noted that anybody who purchased, or purchases, a wolf license after August 31st must wait five days after the date of purchase for their tag to be valid.  Also, the regulations state that all wolf harvests must be reported to the Montana Fish, Wildlife and Parks within 24 hours.

If you are interested in trapping wolves this season, each individual trapper is allowed to harvest no more than three wolves (see regulations for details), then you must complete a Montana or Idaho Wolf Certification Class, along with purchase your general trapping license.  Montana’s wolf trapping season begins December 15th and lasts through February 28th.  Trappers are allowed to harvest up to three wolves during the 2012 season, which includes the use of a wolf tag.  In other words, if a trapper has a wolf license and harvests one by hunting, they are allowed to harvest two more via trapping, otherwise they can trap three wolves.  Keep in mind that a wolf license is not required to trap wolves.

Additionally, wolf hunters can ditch the hunter orange gear and stick with bow season-like attire allowing them to blend into their surroundings more easily.  Although it is a known fact that wolves have extremely keen senses of smell and hearing, losing the orange could potentially give you a slight advantage.

According to the Montana Fish, Wildlife and Parks, the wolf harvest count is currently at 87.  With Montana’s wolf trapping season starting in just 10 days, and no quota on wolves this year, the numbers should continue to rise.  The goal is to manage these predators, and, hopefully, Montana is on its way to doing just that by introducing a wolf trapping.