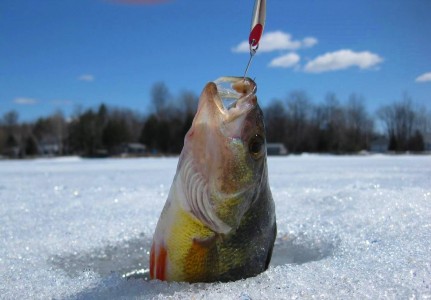 February 9th Summaries
Angie at Bob Wards says the Helena Holding Reservoir has some solid kokannee fishing, CanyonFerryLake has been good on the South end.  The Jefferson River was fishing great this week down by Hell’s Canyon also.
Bill Brown at Bob Wards says the fishing is starting to slow down at BrownsLake, GeorgetownLake is still catching salmon but you need to go deep 10-15 ft.  on in the Hamilton areas fishing for Whitefish in the upper end of the Bitterroot, and LakeCuomo is do.
Brett French Outdoor editor of the Billings Gazette talks about a research project in the CMR Refuge looking at cougars.
Chancy at Snappy’s says SmithLake has some nice perch but you have to fight off the smaller pike.
Dale from Don’s in Lewistown says the ice and access are still good. Spring Creek little bit of midge action for those looking to get the fly rod out, been pretty steady on Nelson, and Crooked Creek’s been busy for those getting out on 4 wheelers.
Dallas at Highline Cleaners in Chester says the big Northern’s are picking up on Tiber.
Gene Fincher the Happy Hooker reports on the Perch Pounder. For more information call Gene at (406) 261-6445
Leonard from Robert’s Bait and Tackle says we’re losing ice in area. Holter has some open water
Mary Beth Kibler of Kibler Outfitting says the fishing is good at Hellcreek Marina.
Pam with the Annual West Yellowstone Hebgen Lake Ice Fishing Tournament says the tournament was a great showing.
Robert from Malta Marine says fishing on Nelson’s picked up and has been pretty good this week.
Ron Aashiem updates us on wolves this legislation.
Scott Billingsly with Hi-Line Goblers talks about the 7th Annual National Wildlife Turkey Banquet February 23rd.
Shelby from Rocky Mountain Supply in Dillon says the Coyote Hunting Derby had good participation, but not a great harvest. Clark Canyon doing well with worms and white corn for bigger trout