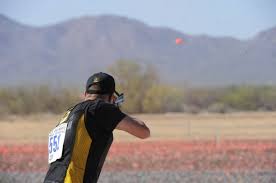 Twice the fun with the Colonel
By OutdoorAly

I’ve heard it said that in trapshooting, singles is for the glory, handicap is for the money, and doubles is for the fun. I have to agree. Trap doubles is absolutely one of the most enjoyable disciplines of the clay target sports; as some say, twice the fun as singles and handicap. 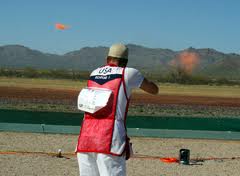 Like singles, trap doubles is shot from the 16 yard line using the same 5 posts as singles. In doubles the trap does not oscillate as in singles and handicap. Two targets are thrown in a fixed direction with each pull; the targets are separated by approximately 54 degrees.  While the targets fly in a fixed direction, moving from one post to the next changes the angles to the targets and thus adds a bit of difficulty for the shooter. A round of doubles consists of 25 pairs for a total of 50 targets. 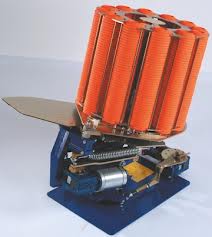 Most ATA sanctioned doubles events are made up of two sub-events of 25 pairs totaling 100 targets. Shooters are classified according to their ATA averages and just like in the singles event, compete against others with similar averages. Most of the smaller Montana shoots will have 3 or 4 classes (A,B,C,and D), while the larger shoots will have 5 classes (AA,A,B,C,D). Shooters shoot 5 pair per post and then rotate to the next post until all have shot at 25 pair. Then the squad moves to another trap and the rotation starts over. At the end of the second 50 targets, a total of both rounds is calculated and winners declared.

All that might sound a bit complicated, but simply put, here’s how doubles works. Step onto your post, call for the pair when it is your turn, BANG, BANG, lots of fun. It really is that simple. 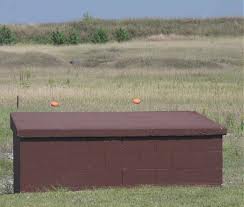 While we will spend some time discussing trap guns in a future post or two, most doubles shooters use either an over/ under or a semi-auto shotgun. While I have seen a few shooters who were competent with pumps, it is rare to see a pump gun in doubles competition. Single shots are not even in the conversation as the second target will most likely be on the ground before the shooter can reload.

If you feel you are a good shotgunner, head out to your local club and give doubles a try. I guarantee you will have twice the fun.