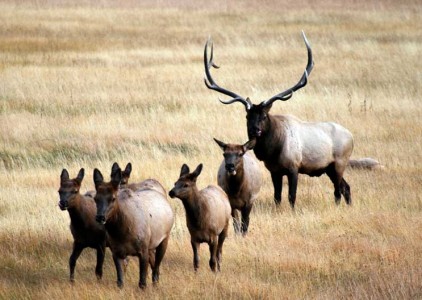 Yellowstone National Park’s northern range elk herd declined 6 percent from last year to a population of 3,915 counted on Feb. 18 by Montana Fish, Wildlife and Parks and the National Park Service.

More of the elk – 77 percent – were counted outside of the park in Montana than in any previous count. According to FWP biologist Karen Loveless, the cow-to-calf ratio for the herd remains low, 10 calves to 100 cows. To maintain the population, Loveless said the herd would have to see a ratio of about 20 calves per 100 cows.

In other Yellowstone news this week, the Park Service finalized the dates it hopes to have its entrances open following budget cuts forced through the federal government’s sequestration plan prompted a delay in snow plowing. The most popular entrance at West Yellowstone will open to Old Faithful one week later than normal, on April 26, as will the route from Mammoth to Old Faithful.

The road from Norris Junction to Canyon Village will open on May 3; the road from the park’s East Entrance to Fishing Bridge, Lake, and Canyon Village will open no later than May 17; travel through the park’s South Entrance to Grant, West Thumb and Lake will begin no later than May 24; The road from West Thumb Junction over Craig Pass to Old Faithful will open shortly thereafter; the section of US-212 between the park’s Northeast Entrance through Cooke City and Silver Gate to the intersection with WY-296, the Chief Joseph Scenic Highway, will open on May 24; the section of the Beartooth Highway between the junction of US-212/WY-296 and Red Lodge is now set to open on June 14.