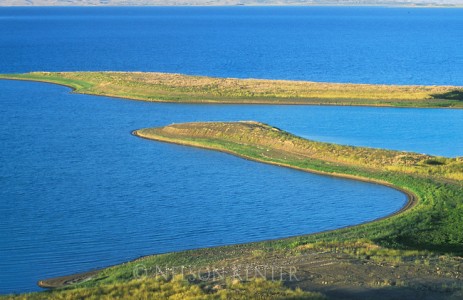 Fort Peck is on the Rise
By angelamontana

Fort Peck Reservoir water elevation is on the rise.

“The March basic forecast shows Fort Peck’s elevation rising about four feet through June and then starting to drop in July”, SAID John Daggett from the U.S. Armey Corp of Engineers in Fort Peck.  The basic forecast assumes average precipitation.

Currently, the releases out of Fort Peck have been cut this month from 12,000 cfs to 6,000 cfs which has caused the reservoir to rise slightly.  “The drought in the Missouri Basin has seemed to ease slightly with recent storm activity but it is still too early to tell how much the Missouri River reservoir system will be affected”, Daggett reported.

Current water elevation on Fort Peck is 2222.20 feet and will hit a peak of 2225.4 in July. If these numbers hold true, it should mean another good year of fishing on the 134 mile lake in Eastern Montana.