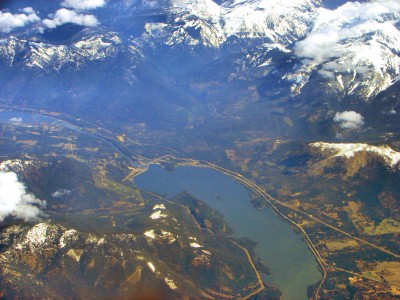 The comment period for the Draft Environmental Assessment, “Investigation of Suppression of Walleye in Noxon Rapids Reservoir” has been extended for 21 days.  Comments must now be received or postmarked by Friday, April 19.

According to FWP Region One Supervisor Jim Satterfield, the extension is due to several factors. “We received over 250 comments and a petition on the project,” says Satterfield.  “We also received a number of requests for a comment period extension to review the technical background of the EA.  Given the level of controversy surrounding this issue, I am extending the comment period.”

Satterfield urged interested persons who wish to send comments to read the Draft Environmental Assessment.  The EA can be found on FWP’s website (fwp.mt.gov: click news, then public notices): Investigation of Suppression of Walleye in Noxon Rapids Reservoir.  Comments can be submitted by email at this site.

In the meantime, routine sampling of walleye in Noxon Reservoir will continue as in previous years.  Captured fish will be tagged and released.  Data collected will shed light on the status, distribution, age structure, and health of the walleye population.

Walleye were first detected in the reservoir in 1991 during fisheries sampling.  These fish are the result of several illegal introductions.  In 2000, standardized annual monitoring was implemented to monitor trends in fish abundance and showed that walleye were naturally reproducing.