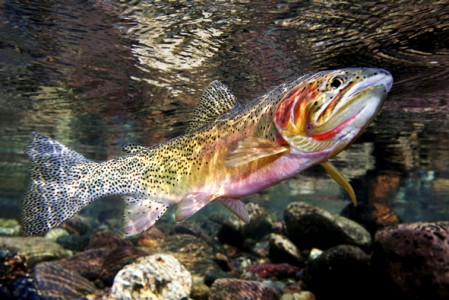 The project proposal was to continue removing hybrid and rainbow trout from the mouths and channels of Abbot, Sekokini, Rabe, Ivy, and Third Creeks in the mainstem and the North Fork of the Flathead River. Trapping and electrofishing would be used to catch fish during their spawning season (April-May) and move them to community fishing ponds. MFWP would also electrofish between July and September to remove hybrid and rainbow trout offspring. The goal of the proposed suppression effort is to minimize the loss of westslope cutthroat trout populations in the Flathead River system.

Based on the comments received during the 30-day public comment period for the draft EA, it is recommended that MFWP implements the proposed Flathead River Hybrid Trout Suppression Project at this time. MFWP will continue to remove rainbow and hybrid trout from the five specified streams in the upper mainstem and North Fork Flathead River to reduce the threat of hybridization with westslope cutthroat trout.

No changes were made to the draft EA; therefore, the draft together with the decision notice will become the final document. Contact person: Fisheries Biologist Amber Steed, MFWP, (406) 751-4541 or asteed@mt.gov.