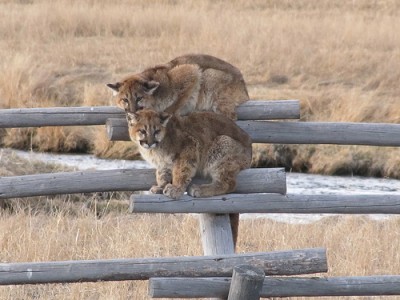 Mountain Lion Cubs in Standoff with Coyotes
By OutdoorAly

A series of seven photos posted on Flickr of two juvenile mountain lions in a standoff with coyotes have readers in a frenzy to find out the ultimate fate of these young cubs. The spectacular event was witnessed at neighboring National Elk Range in Wyoming two days ago just before dusk. Hours after the photos went up the internet was littered with concerned and curious posts wondering how the standoff played out. 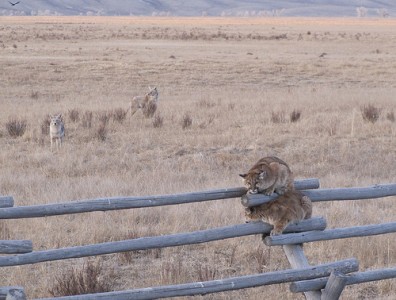 An Outdoor Recreation Planner  at the refuge watched the events unfold. The two cats took temporary safety on a buck and rail fence for over an hour while five coyotes gathered and loitered. The cats were made aware they were not welcome in the area. 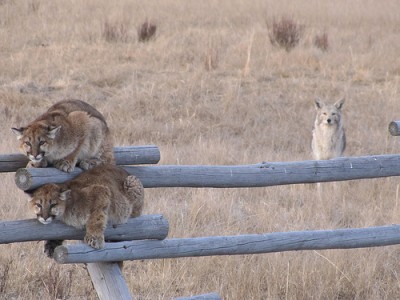 You can see the flattened position of the cats as a coyote approaches. 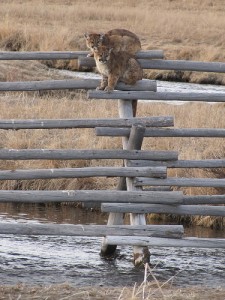 With flowing creek water underneath and threatening coyotes nearby, the cats were in a precarious position. 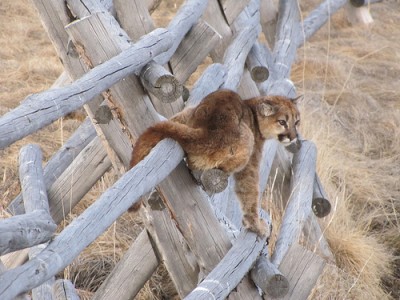 One of the mountain lions makes its way down the fence line and anticipates its next move. The caption on U.S Fish and Wildlife Service, Mountain-Prairie Region’s Flickr page explained what happened next. 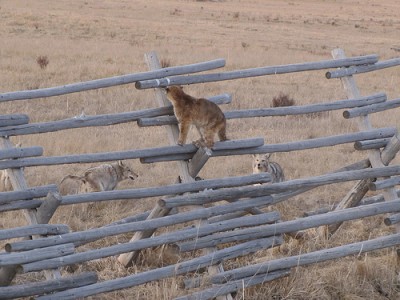 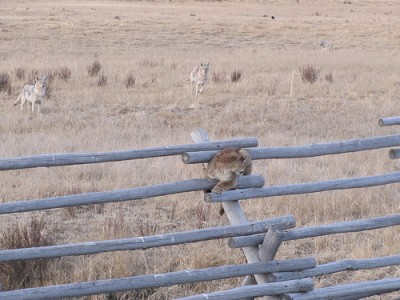 The encounter ended with one of the mountain lions slowly making its way down the fence, occasionally dropping to the ground where it was met by lunges and yips by the coyotes. The mountain lion responded with hisses and yowls. Eventually, it ran across the creek on the fence and took off running with the five coyotes in pursuit. The second mountain lion was still hunkered down in the grass under the fence when the Outdoor Recreation Planner called it a night.

These fascinating photos started a concerned and curious string of posts on the U.S. Fish and Wildlife Service Facebook page. And they did their best to update us on how mother nature may have handled these young mountain lion’s fate. 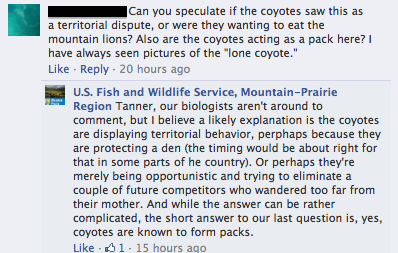 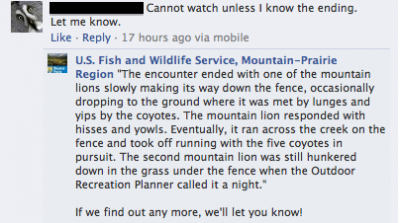