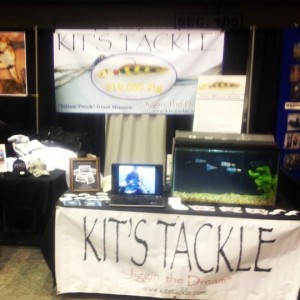 “Reckless Abandon” by Trevor Johnson of Kit’s Tackle
By angelamontana

(Above photo caption: “Our booth in Missoula with the ‘Yellow Perch’ Glass Minnows getting a workout!!”)

With the ice coming off in full force, the fishing bug is buzzing hard!!  We have been so busy manning the jig engine we have had very little time to think…let alone get on the water.  With this being said, we did manage to sneak out to the Gates of the Mountains a few days back and land some great fish (included in the bag was the biggest brown trout of my life).  This past weekend I traveled to Missoula, Montana for the Great Rockies Sports Show to cast the revolutionary Glass Minnow series deeper into the depths of the jigging world!!  The Glass Minnows stole the show and the excitement they generated in the couple days we were there was AWESOME!!  And since I did seminars both days I was able to penetrate a deeper understanding of our jigs and enthusiasm for the world of jig fishing.  It was a fun packed wild weekend and I thank everybody sincerely who made the seminars and stopped by our booth to say hi!!  Talk about “Jiggin’ the Dream”, baby!!

Getting back to the Gates of the Mountains, WOW…what a fun place this time of year!!  After being served a nice slice of humble pie chasing walleyes all morning, we switched gears and started the brown trout hunt.  Second cast into shore and I was hooked up with a beautiful 22″ brown and things were looking good.  After having the enjoyment of battling dozens of rainbows, it was time to bring out the big guns.  Although every big brown we have caught has been on small 1/8 oz jigs I was feeling bold.  Earlier in the week dad created a jerk bait fashioned jig that was approaching ten inches long.  We both admired the jig dreaming of a giant brown mistaking it for an injured yellow perch.  The best part about the story is one of my fishing comrades here in Helena saw the jig and his reply was, “are you planning on going musky fishing with that thing??” 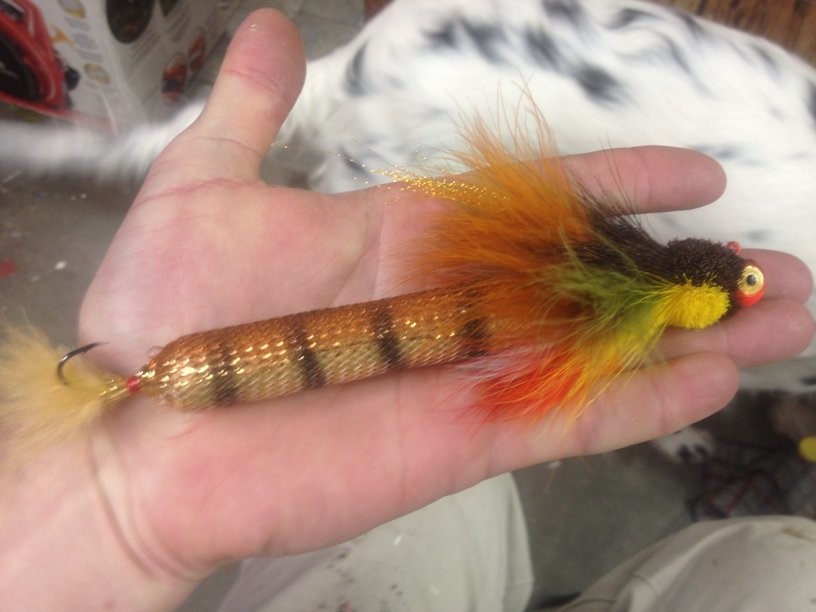 As my first cast hit the water, dad and I both chuckled as the jig would barely sink and was bigger than most perch in the lake.  After two casts, we looked over at each other and simultaneously said, “Holy Crap” that looks amazing in the water!!  As my next cast found itself sloping off a rock cliff I started “the jerk” back to the boat.  About the time we were going to say how good it looked again, a HUGE brown appeared tailing the jig.  The giant beast had been bamboozled into thinking he was honing in on a delicious yellow perch.  As my jig came within two feet of the boat, the giant sow faded back into the depths.  Before we could sour the canyon with curse words, a huge flash arced under the boat and the silver hulk smashed my jig with RECKLESS ABANDON inches from the boat.  I must now admit that I will never go to the lake again without a clean change of underwear in the glove box!! 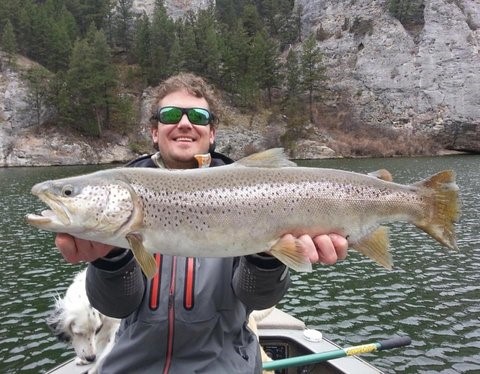 All smiles with my beautiful brown!

After having the rush of catching a fish like this and feeling their power I would fish a lifetime for that one BIG BITE!!  This is fresh water BIG GAME fishing at its finest!!  I have been chomping at the bit to get back after these wild majestic creatures this past week!!  I have a file cabinet filled with empty files and folders of countless hours spent on the water…but at the back of a drawer is a special shiny file that holds the most magical moments a fisherman can encounter…this picture will be added 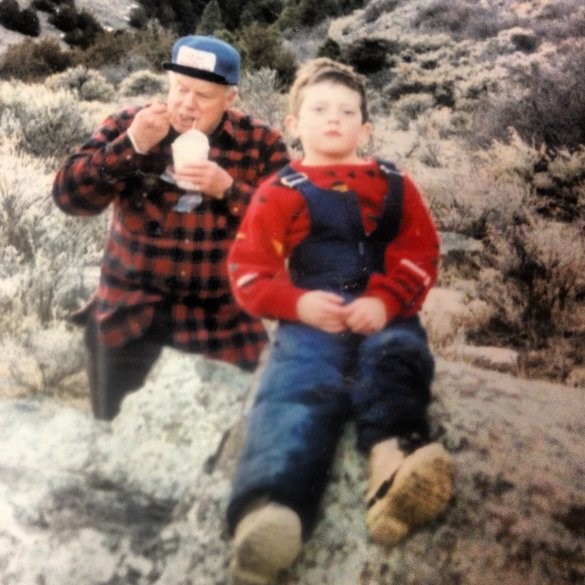