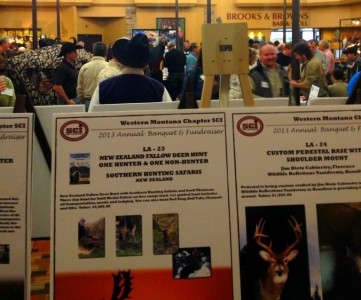 The Safari Club International (SCI) advocates “Protecting hunters’ rights and promoting wildlife conservation, SCI’s two areas of focus, historically has been the interest of hundreds of individuals long before SCI was established.”  Today, the SCI has 55,000 members and is supported through each of their 190 membership chapters found across the globe. 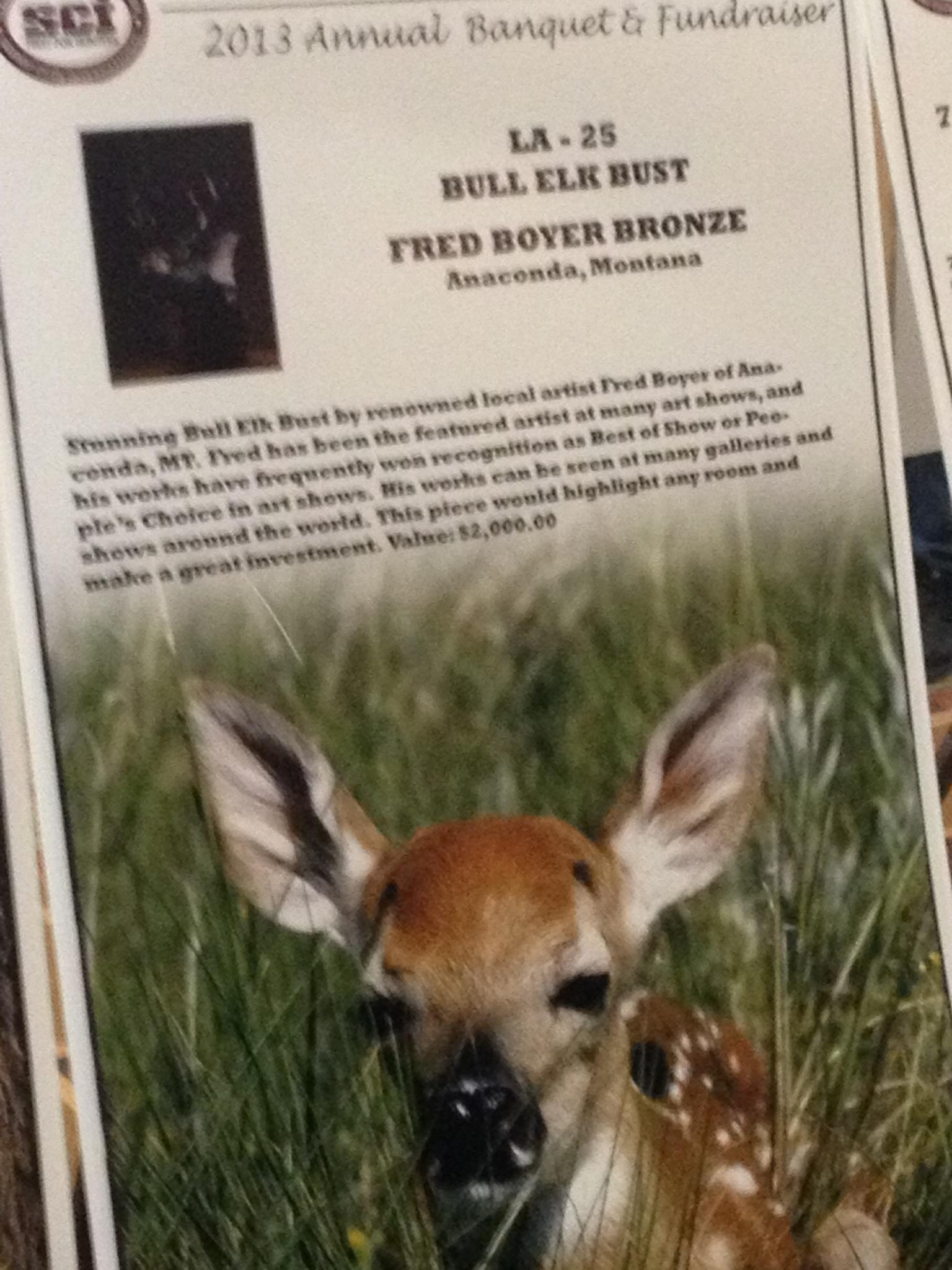 The Safari Club International banquet, at the Holiday Inn Parkside in Missoula, was held last weekend and turned out to be a great time.  Well-known local attendees, just to name a few, included politician, Champ Edmunds (www.champedmunds.com), Missoula’s very own country music crooner that also sang the National Anthem at the banquet, Shane Clouse (www.shaneclouse.com),  and Jim Johnson (www.hicountry.com), Owner of Hi-Country Beef Jerky and Wild Game Seasonings, in Lincoln.

The place was packed, and the silent auction tables were filled with amazing items that included everything from hunting decoys and ammunition to custom jewelry and camouflage gear.  The live auction items included African hunting safaris and stateside hunting and fishing trips, along with weekend getaways and more.  There were an array of items raffled, which included a nice Camelback hydration pack that we actually won.

Guest speaker, Eva Shockey, daughter of Jim Shockey, was a fabulous host, and showed a video of couple of the hunts she went on with her Dad.  One of the hats that Jim wore in several of his successful hunts, featured on the Outdoor Channel, was also auctioned off at the banquet, bringing in a couple hundred dollars for the SCI.

The exhibits were also awesome, and there was some phenomenal taxidermy displayed, custom-made cowboy hats, camouflage gear and more.  The food was delicious and was set up buffet-style–dessert was included.

It was, overall, an awesome experience, and I met quite a few great people. If you hunt, you should definitely add the SCI banquet to your calendars next year!