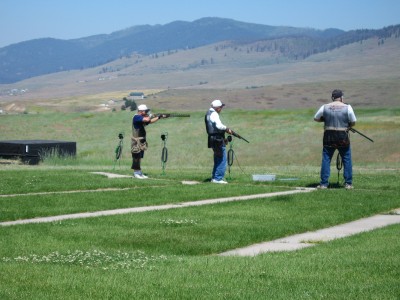 Trap Singles Basics With the Colonel
By OutdoorAly

This week in trap shooting, we’ll take a closer look at the Amateur Trap Association singles event. This is the most popular event in ATA registered target tournaments. We learned last week that singles events are shot from the 16 yard line or 16 yards behind the trap. ATA rules require that the trap machines oscillate randomly 17 degrees both to the right and left of the center line of the trap. Targets are required to be 8 to 10 feet high measured 10 yards forward of the trap, with 9 to 9 ½ feet tall being considered ideal. 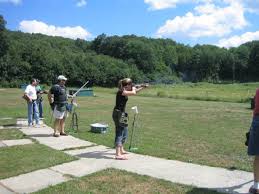 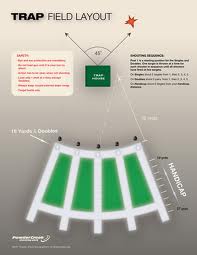 In addition targets are required to fly 50 yards in a straight line out from the center of the trap. What all this means is targets will be launched at speeds about 43 to 45 MPH, in a direction that is simply left to chance. The “surprise” direction of the target is one on the elements that makes trap shooting so challenging. The handicap event uses the same trap setup as singles.

Singles competitors are classified according to their averages as recorded in registered competitions. Recording these averages as well as providing a standard set of rules are probably the two most important responsibilities of the ATA. There are 4 possible combinations for the number of classes at ATA tourneys. The number of participants dictates the number of classes. Large shoots such as the Grand American will have 6 classes (AAA,AA,A,B,C,D), while smaller shoots may have as few as three. Most of the shoots in Montana have 5 singles classes and some special categories such as Junior, Lady, New shooter, Senior, and Senior Vet. There a few other special categories that are occasionally used, but these are the most common. These classes and categories give every competitor an opportunity to compete with shooters of like ability and a chance to win a trophy or prize money. 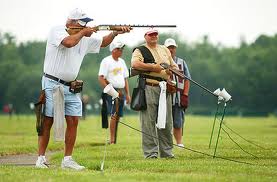 Most tournament singles events consist of 100 targets, usually divided into four 25 target sub-events, or two 50 target sub-events. Shooters’ averages are computed by adding their registered target scores together and divide the total by the number of targets shot at. For instance scores of 97,95,99,92, and 94 total 477 and would yield an average of 95.4 and placing the shooter in class A in most Montana tourneys. 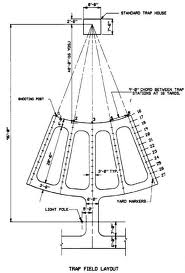 To compete, shooters are required to join the ATA; membership is $20.00/ target year. Membership in a state association is also required in most states. MSTA annual dues are currently $5.00/year. One may also be required to join your local club. Entry fees vary from tourney to tourney.

If you want to know more about trapshooting go to: www.shootata.com, or www.shootmt.com.

Check out more tips and photos on Colonel’s website: www.guncoach.net