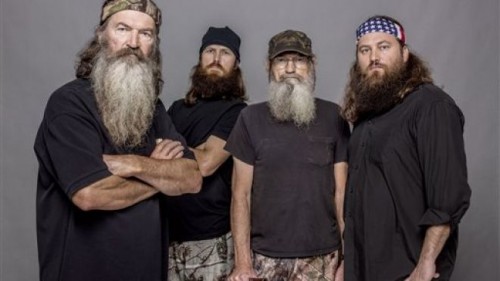 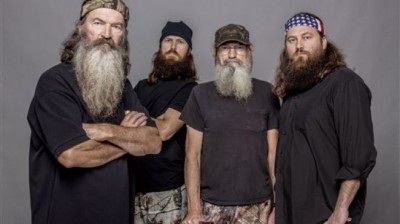 If you are just now tuning into the A&E reality TV series Duck Dynasty, you might be too late. At least for this season; the season finale was tonight. But there are at least five things you can learn about this entertaining family before you watch the re-run of season 3 finale, or even next year’s season. Here are 5 facts shared by fox news earlier this week which can be found here:

1) Uncle Si. Pronounced “sigh.” The cast’s most natural entertainer. Wiry. Craggy with life experience. Fan favorite. He cracks jokes and says “Jack” a lot — as in “Where are you going, Jack?” He shoots his gun at random at fallen trees — saying he’s shooting at snakes. While he’s often trying very, very hard to get attention, he brings the funny.

2) Beards. Long beards the five Robertson men view as a sign of masculinity. They seem gross — who knows how much they groom those. Beards are incorporated into the trademark of the show — ZZ Top grants their song “Sharp Dressed Man” as the opening theme. These beards are so … grimy.

‘-inspired action or bad country stereotypes. “Duck Dynasty” doesn’t rely on edginess or violence. It broadens the audience. Even mags like Us Weekly and People like these guys. Instead of violence, a family prayer at the end that usually touches on religion. Wholesome as a glass of milk. No one gets hurt. Also, no flagrant misuses of country stereotypes, like, say, “Here Comes Honey Boo Boo.” They fit comfortably into their skin. Not everyone finds their celebrity welcome, though — when the cast was scheduled to appear Feb. 26 on “Jimmy Kimmel Live

,” the singer Morrisey refused to appear — citing the offensiveness of the family’s killing of ducks as a livelihood.

4) Duck Dynasty’s finale follows the crew to Hawaii. Willie flies the crew to the Aloha State — but his plans are usurped by the group’s excitement to go have their own adventures. Just like the Brady Bunch, kind of! Let’s hope they go parasailing.

5) What could we use more of? Serious storylines. That run multiple episodes. Not just plots like John Luke’s teenage love life. It’s creepy. Like if someone is dealing with an ongoing illness or personal struggle. We need more struggle in a show about hunting ducks.