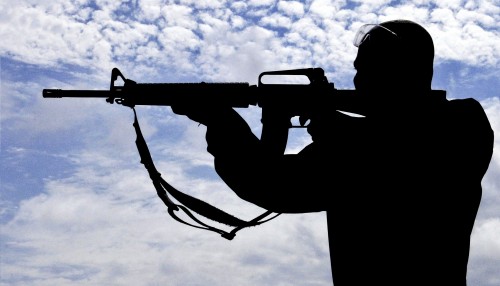 GLASGOW, Mont. – Four Michigan men have been convicted on illegal hunting charges that recently netted a total of $7,045 in fines and restitution in Montana.

One member of the party, Russell Lee Vandercook Sr., 52, of Lapeer, Mich., was investigated in four different Montana counties for hunting without valid licenses and license fraud regarding his legal residency. The violations took place during the 2010 and 2011 hunting seasons.

In Gallatin County Justice Court in Bozeman, Vandercook pleaded guilty to two misdemeanor counts of possessing unlawfully killed bull elk without a license. He was fined $370 and paid $2,000 in restitution and lost his hunting, fishing and trapping privileges for a year for those violations.

· Roosevelt County Justice Court in Wolf Point to purchasing resident deer/elk licenses for non-resident use. He was fined $320 and lost his privileges for a year.

· Yellowstone County Justice Court in Billings to making a false statement when purchasing deer and elk hunting licenses He was fined $320 and lost his privileges for a year.

· McCone County Justice Court in Circle to hunting a game animal and birds without valid licenses. He was fined $670 and ordered to pay $600 in restitution for a mule deer buck and four pheasants, and lost his privileges for a year.

· Fred Lovasz, 77, of Columbiaville, Mich. He was fined $535 for hunting deer without a valid license; fined $535 and ordered to pay $500 in restitution for unlawfully possessing a mule deer buck; and fined $235 for using another person’s deer license. No hunting privileges were revoked in the case by order of the justice of the peace.

· Steve A. Lovasz, 42, of Fostoria, Mich. He was fined $535 for unlawfully possessing a mule deer buck and $235 for letting another person use his deer license. No hunting privileges were revoked in the case by order of the justice of the peace.

· Ronald Lee Eaton, 31, of Flint, Mich. He was fined $55 for failing to wear hunter’s orange while hunting and $135 for unlawfully using two-way communications while hunting.

As the cases developed, the Montana investigators traveled to Michigan, where they were helped by law enforcement officials from the Michigan Department of Natural Resources. Two bull elk and two mule deer bucks were recovered in the process.

“Cooperation between our agencies in Michigan and Montana was essential in getting these cases wrapped up and gaining these convictions,” Tryan said. “It was truly a joint investigation.”