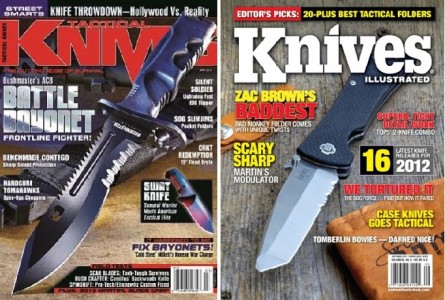 Is MTV Dissing Fishing and Knives?
By angelamontana

(All photos in this post are courtesy of magazines.com)

In a recent post on MTV’s blog site, guycodeblog.mtv.com, a post was titled “10 Magazines You Won’t Believe Actually Exist”.  These kinds of posts are interesting, and entertaining, as I tend to always be surprised to see at least two or three of the topics on their lists.   For example, “Girls and Corpses” magazine could probably be surprising to some and so could “Miniature Railway”, a UK-based “action-packed” magazine.

But, there were a few magazines that I had to look at twice because, to me, they seemed out of place on this particular list.  “Tactical Knives” and “Knives Illustrated” are magazines I would actually purchase.  I, personally, don’t see anything bizarre or funny about these magazines being in circulation.

Being an avid hunter, I am always looking for the latest and greatest knives to carry in my pack or purse.  Additionally, some tactical knives have unique designs and are even cool to just admire.  But, that’s just me. 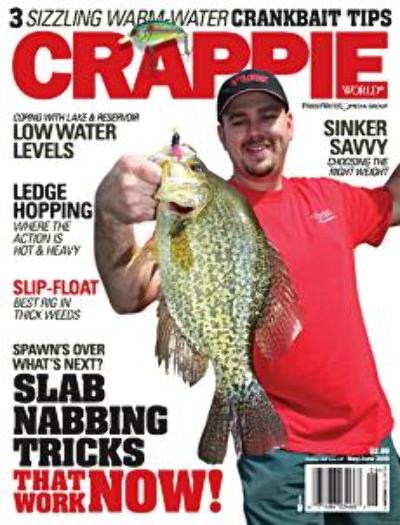 Another magazine that surprised me to see on the list is called “Crappie World”.  Now, if you don’t fish, the spelling of “crappie” may resemble another foul word, but if you DO fish, or even just know about fish, and you see the cover of this particular magazine, which boasts a fisherman holding a crappie, you would know the magazine is focuses on crappie fishing in particular.

This also doesn’t seem unbelievable or funny to me to have a magazine focused on crappie fishing, but the MTV post actually references “Crappie World” as having a topic that is so out there that they can’t believe its “actually chilling on someone’s coffee table.”

Take a look at the list of magazines by clicking HERE, and tell us what you think.   Do you believe that MTV is against fishing and knives?