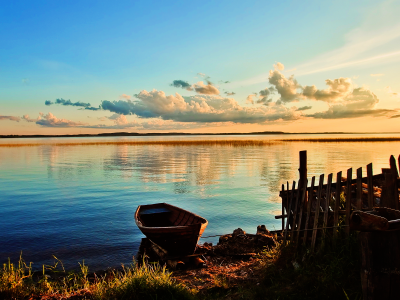 Water Levels Are on the Rise at Fort Peck–the Fishing should be “Excellent” this Summer: Captain’s Column
By angelamontana

I was on the road last weekend to attend the State Walleye Unlimited Banquet in Glasgow. Doug Stewart of Missoula and I made the 500 mile trip. The banquet was well attended with over 700 showing up for the annual event, which was hosted by the Glasgow/Fort Peck Chapter of Walleye Unlimited. Included in the festivities for the evening was the presentation of the annual top anglers that competed in last year’s walleye fishing tournaments for both the Montana Circuit, which includes tournaments on Canyon Ferry Reservoir, Tiber Dam, Fresno Reservoir, and Crooked Creek on Fort Peck Reservoir and the Fort Peck Circuit which includes Rock Creek, Hell Creek, and Montana Gov Cup tournaments, which are held on Fort Peck Reservoir. Bob Klein of Billings and Mike Sedlock of Helena were also inducted in the State Walleye Unlimited Hall of Fame. The banquet was held on Saturday night and it’s a good thing because on Sunday morning the folks in Glasgow area woke up to 6 inches of blowing and drifting snow.

I spoke with John Daggett from U.S. Corp of Engineers on the Montana Outdoor Radio Show to get an update on how the water elevation for Fort Peck Reservoir was looking for the summer. “We are anticipating a rise in elevation of about 3 feet from where we are currently,” said Daggett. The peak water elevation this year will happen in July. This projection is about a foot lower than what Daggett anticipated back in February. The projection for this summer’s water elevation on the 134 mile reservoir by Daggett also depends on normal precipitation for the months of April, May, and June. The only boat ramp on Fort Peck that will be unusable this summer is the Crooked Creek boat ramp on the west end of the lake according to Daggett.

Heath Headley Montana Fish Wildlife and Parks fish biologist for Fort Peck Reservoir said the fishing on the lake should be excellent this summer. “There is a good population of walleyes, northern pike, and small mouth bass and the forage fish population is a little down so the fish should be looking for food,” he said. The northern pike fishing on Fort Peck last fall was some of the best fishing that some local anglers have every experienced.

The walleyes are starting to spawn and Headley is also in charge of collecting their eggs in the Dry Arm of Fort Peck. The annual operation will start this week and continue for up to 3 weeks. The goal is to collect approximately 90 million eggs this year. FWP is looking for volunteers to help, if you are interested contact the FWP office in Glasgow.

The local Fort Peck area is seeing some changes of ownership. The Fort Peck Marina, which is located at the dam, will have new owners soon. Longtime owner Tara Waterson passed away March 18th. Waterson had owned and operated the Marina for 20 years with her late husband David. The Gateway Bar at the dam, which burned down a couple of years ago is being re-built and is scheduled to open this summer.