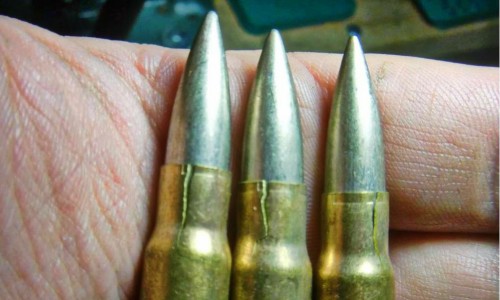 Attention women…and some men!!! You might always pack a couple of extra bullets in your purse for the “just in case” scenario that you always expect to happen, resulting in the need for more ammo.  Well, a 56 year-old Pennsylvania resident’s story might make you change your mind!

While the woman was shopping at Lowe’s, she realized you don’t necessarily need a gun to sort of get shot.  A loose bullet exploded in the woman’s purse, causing a minor leg injury.  Check out the story from jezebel.com:

The dangers of carrying a gun in your purse—even a pretty pink one—are pretty well-established. But you might also want to consider keeping any random ammunition you own out of your handbag.

That’s a lesson one woman in Pennsylvania just learned the hard way. The 56-year-old was shopping at a Lowe’s when suddenly a loose bullet in her purse exploded and injured her leg. She didn’t have a gun in the bag or on her, so it’s not exactly clear what caused the bullet to go off, but the local police chief said, “Something must [have] hit the primer of one of the bullets.

The bullet stayed in the purse, but its casing put a hole in the purse and caused a minor leg wound.” Ouch.

She must be the kind of person that likes to live on the edge, though, because not only does she carry ammunition in her bag, she also initially refused to see a doctor after being sort-of-shot in the leg. Fortunately, she did later go to the hospital, at the urging of her son, and appears not to have been seriously injured.