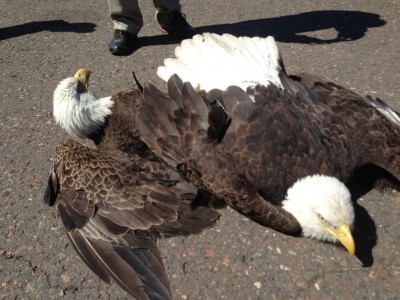 The Duluth International Airport was recently the location of a crash landing–only airplanes were not involved!

According to an article on grindtv.com, two bald eagles were apparently fighting in the air when their talons were dug so deeply into each other, they were locked together. 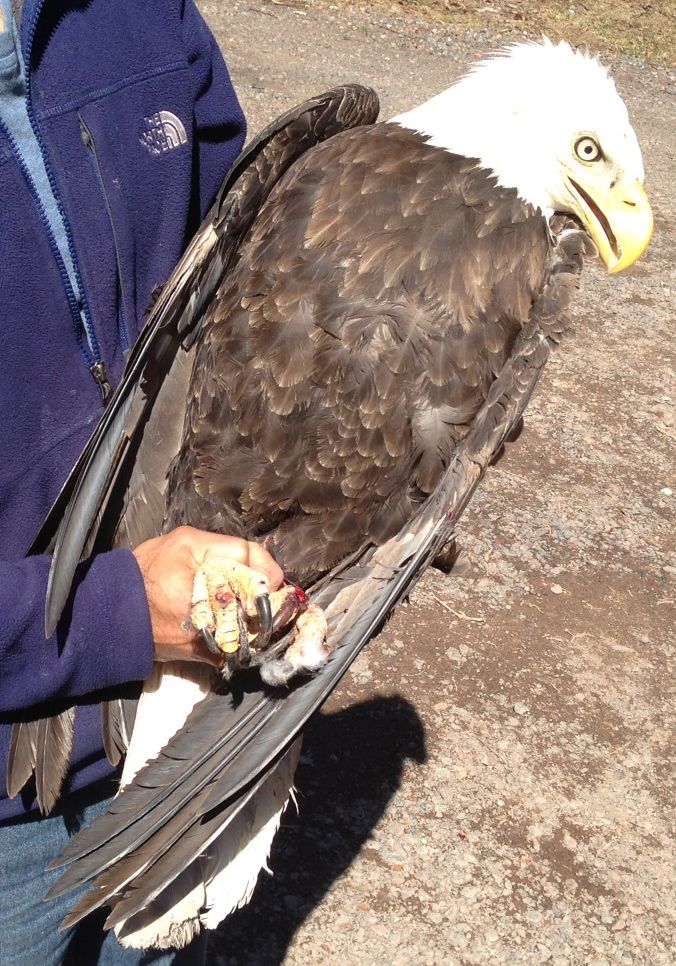 They ended up crashing on the runway, and both birds were very much alive.

Randy Hanzal, a Minnesota conservation officer, was called to the scene and reported the following to GrindTV:  “Surprisingly, the two eagles were remarkably calm as I grabbed them both and loaded them into the back of my truck.  I think they were still more intent on winning the battle than any concern for me.”

During the transport to the rehabilitation center, after noticing a “ruckus” in the back of his truck, Hanzal saw that one of the eagles had gotten free and ended up making it to the tailgate.  He flew away, apparently without injuries, while the other eagle stuck around for some medical attention that included anti-biotics, fluids and pain medication.

While both eagles were expected to fully recover, another wildlife expert reported how rare of a situation it is for eagles to actually hit the ground as a result of a territory dispute.