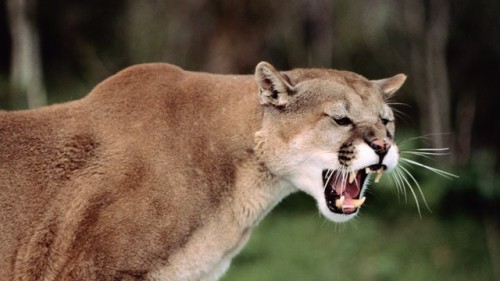 RED LODGE — Montana and federal wildlife officials killed a mountain lion south of Red Lodge Thursday after it tried to attack a woman walking her dog.

Montana Fish, Wildlife and Parks game warden Matt Heaton of Red Lodge said a woman was walking her small dog near her home along the West Fork of Rock Creek earlier in the week when the seven-foot-long lion tried to attack her. The woman’s husband chased the mountain lion away, but it continued to hang around the home.

The adult female lion was thin and in poor shape, Heaton said. It had a foot-long gash on one front leg. It appeared that the lion had not eaten for some time and probably was unable to hunt because of its injuries, he said. While lions will eat a variety of prey, they prefer deer.

Mountain lions normally try to avoid people. However, they can become aggressive if they are hungry and unable to hunt. While lions will eat a variety of prey, they prefer deer.