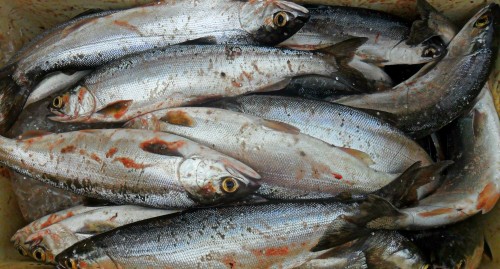 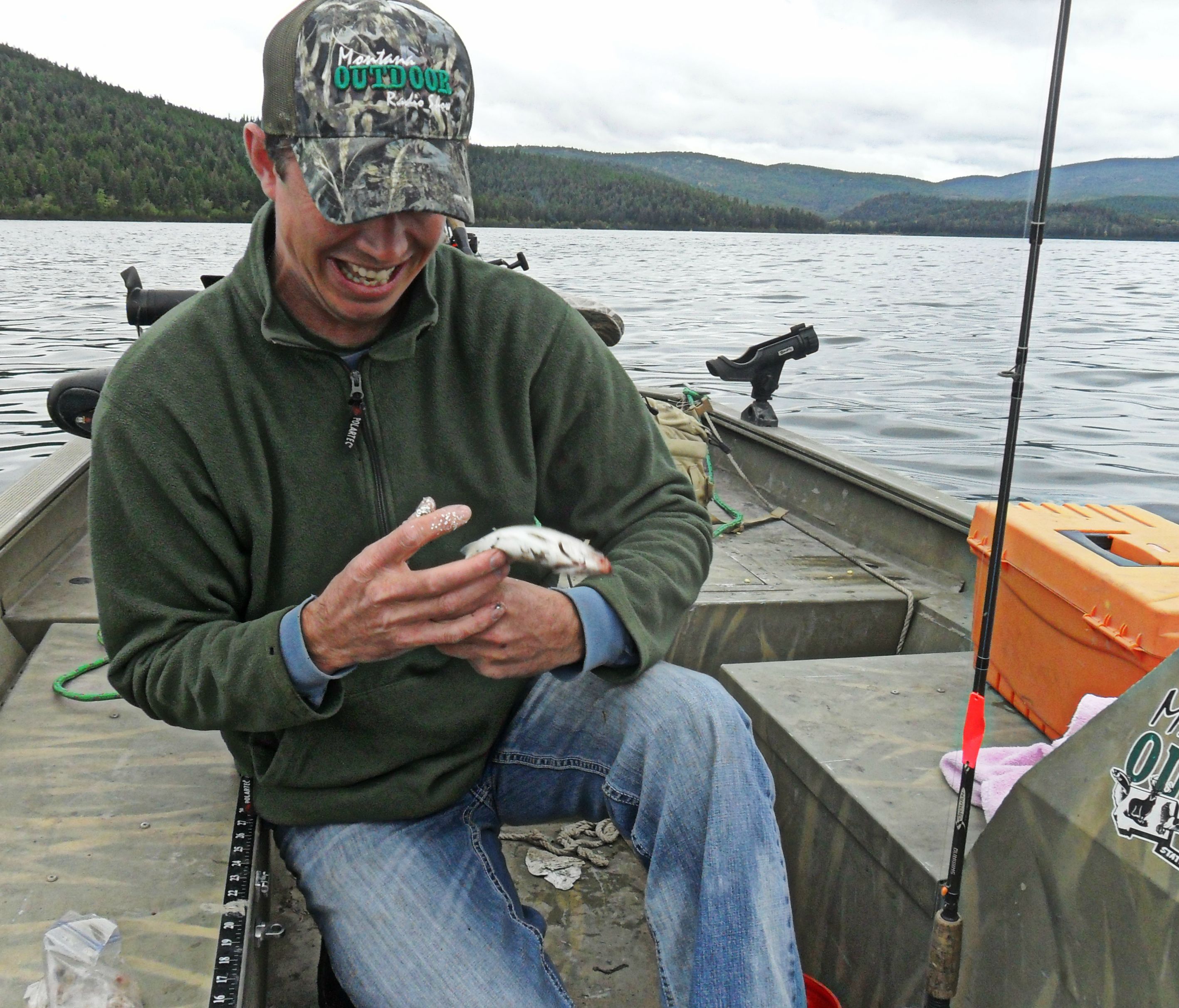 Jason got the first catch of the day!

The day started with three anglers…all seeking professional slots at some point, and a couple believing they are already there (not naming names).  It was salmon fishing time at Lake Mary Ronan this past Sunday. JIGGIN TIME!

The Captain, Jason Maxwell and Angela Montana (that’s me) all set out on a mission to see who could catch the most salmon…Jason ended up with the first catch (pictured on the left), while the Captain followed suit doing his part in filling the cooler.

Unfortunately, I couldn’t seem to get a bite to save my life!  Fish after fish, Jason and the Captain were bringing them in the boat, while I just kept checking my line to make sure my bait was still there. 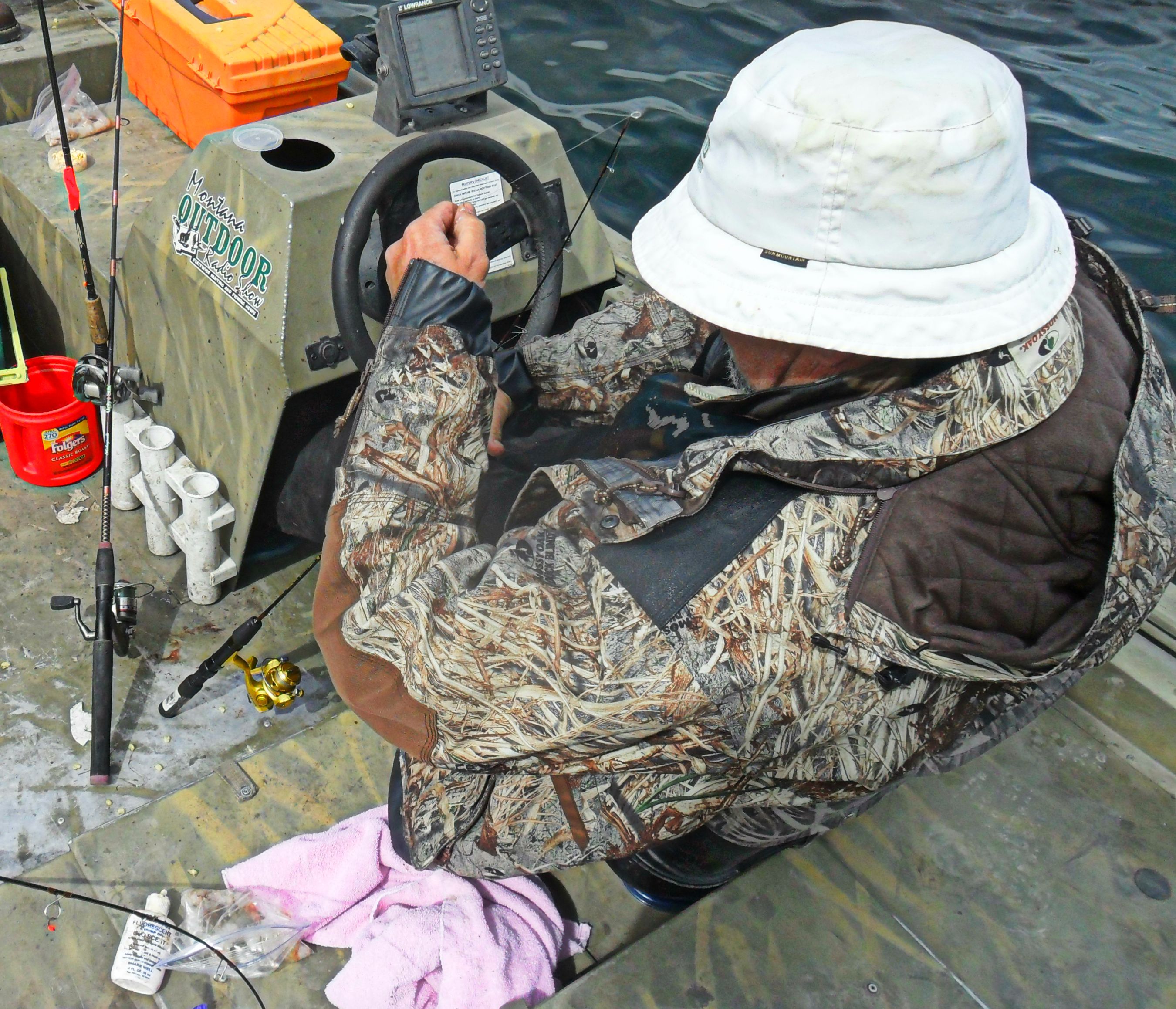 The Captain was trying to figure out what Jason was doing to catch those salmon!

Thank goodness, Jens, the LMR Guru, showed up on his white horse after approximately half an hour of nothing for me.  Okay, he was in a boat and not really on a horse, and he was with his buddy Rick, but they might as well have been on a horse, as Jens’s tips and suggestions were exactly what I needed to get the salmon biting on my line.  Who knew shrimp could be so appealing in a lake that doesn’t even normally have shrimp in it?

Anyway, after approximately two hours, the three of us limited out with a total of 30 salmon, with my biggest being 11 1/2 inches long….which is one of the biggest fish we caught–just sayin..and we decided to do some catch-and-release for a bit before we headed back to shore.

It was a phenomenal day on the water with the sky remaining, for the most part, overcast, but the temperature sticking on the mild side at around 55 degrees.  We started out using shrimp and maggots with some Lunker Lotion (aka “juice”), and, eventually, ditched the maggots and just used shrimp while chumming with corn.  The Captain even ended up catching his last catch-and-release salmon using just corn and “juice”.

Let me tell ya…I am looking forward to heading back out there soon, as I can officially say that I love jiggin for salmon!

Special thanks to the Captain, Jason, Jens and Rick for a great day! 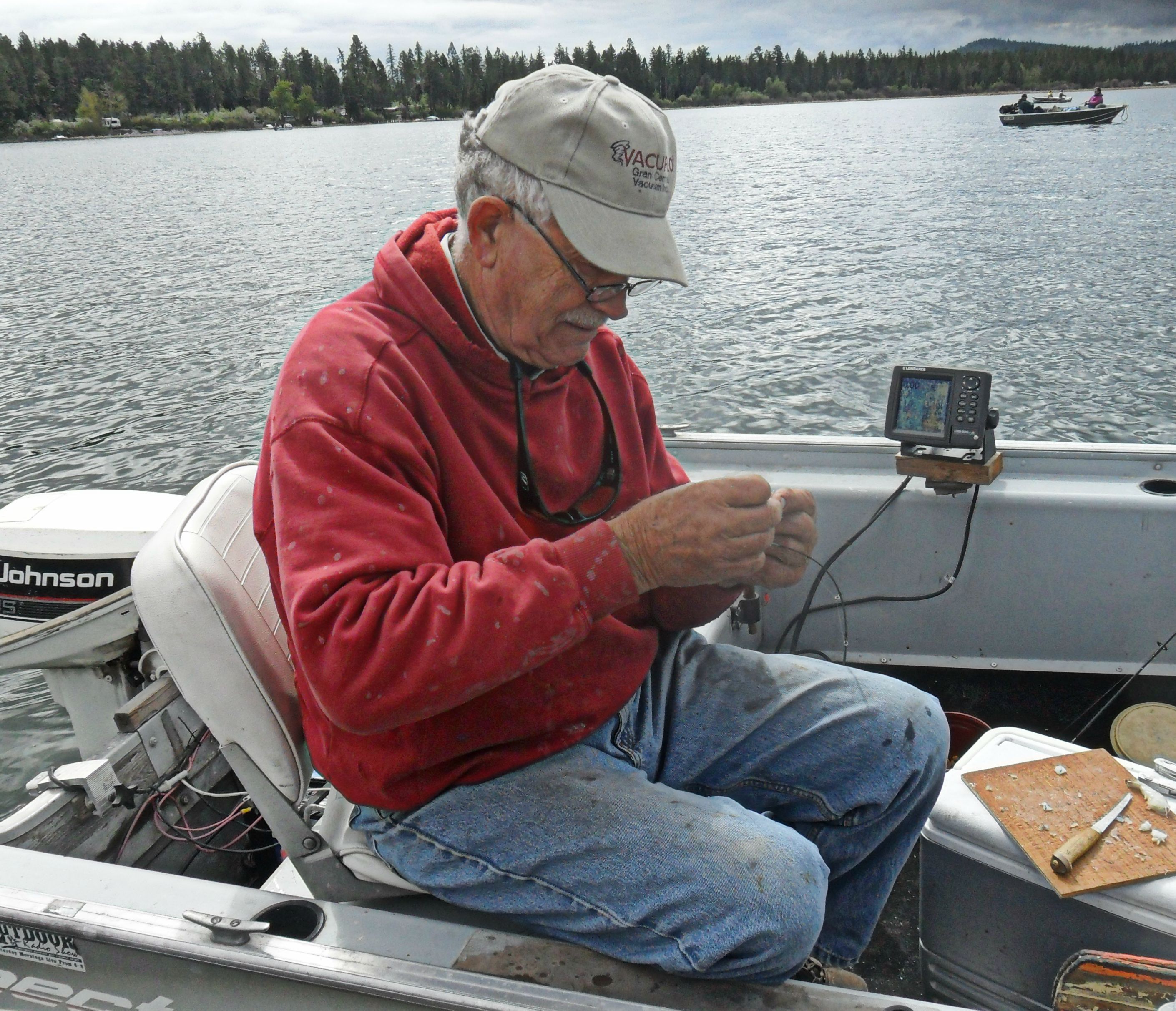 Jens, the LMR Guru, gave me advice and tips to get the salmon biting. 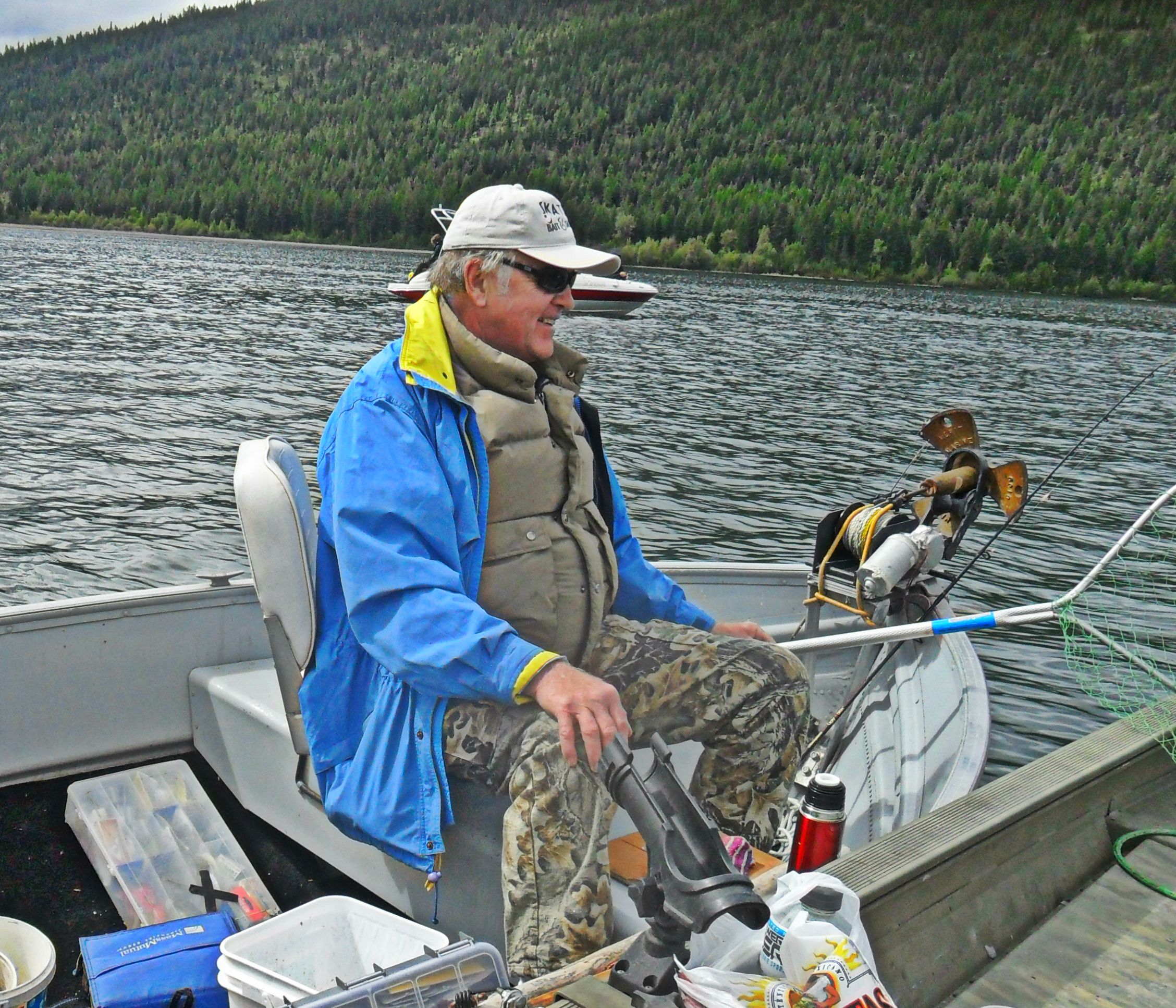 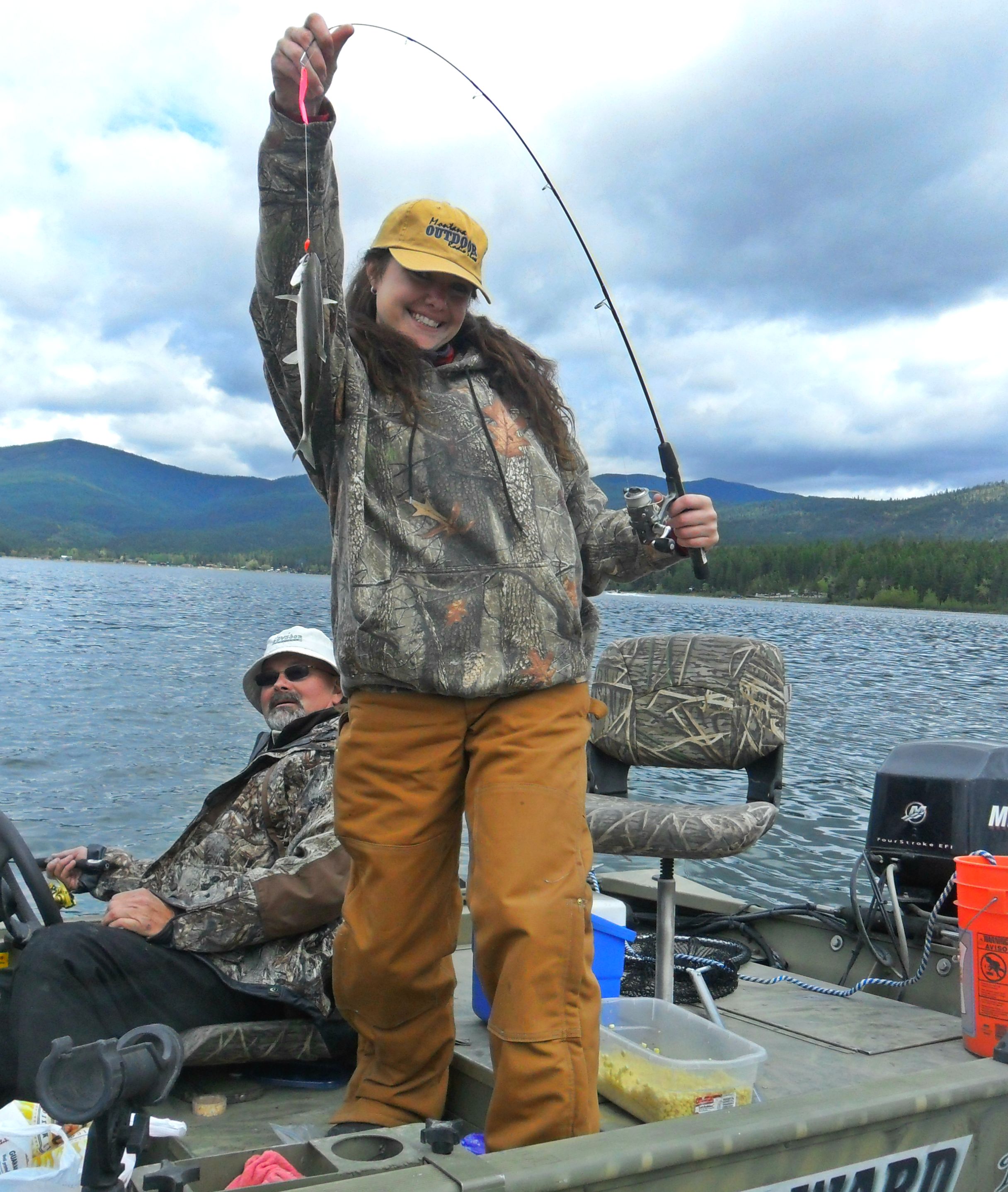