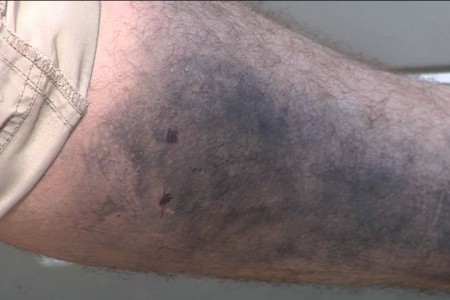 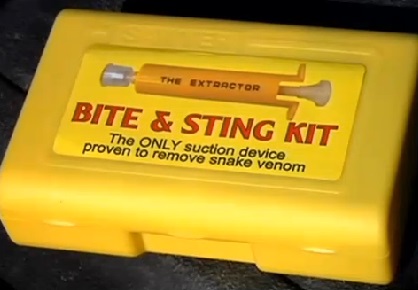 Montana is rattlesnake country, whether we’ve actually seen one or not.

There are kits that you can buy in case you are ever bitten by a rattler, and one of those venom extractor kits actually saved an Alabama hunter’s life! It might be a good idea for all Montana hunters to carry one of these kits in their packs.

Check out this story from WSFA.com:

It happened Sunday morning in the woods near the Farmington subdivision on Old Carter Hill Road.

“I was turkey hunting. I got a good look at the snake. He was about 6 foot long,” Montgomery resident Chad Cross said.

Cross says a timber rattlesnake; a venomous pit viper bit him in the lower leg.

“[The] Best way I can describe it as someone taking a full swing with a baseball bat and hitting me in my calf,” Cross said.

The bite marks are still visible through his hunting boots. Cross was alone.

Cross know he had to take action, so he pulled out his bite and sting venom extraction kit.

“I had to read the directions first because I never opened it up. I’ve carried it with me in my turkey hunting equipment for years. The process takes a total of 15 minutes and then it says to get someone with anti-venom,” Cross said.

Cross demonstrated how he used the kit. 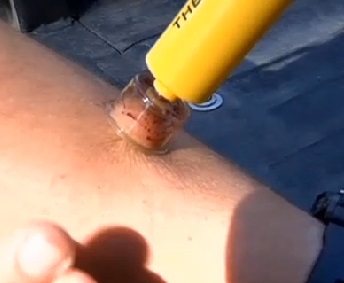 “This is the actual cup that I used. You got different sizes depending on your bite that you are treating. But you just insert it in. You pull the plunger out and you put it over the individual wound/hole and as you push the plunger in, it creates a suction you can see it pulls a little bit of skin up in, but that’s what pulled it all out and I think saved my life,” Cross said.

And when he got to the hospital, the doctor agreed.

“He said, if you got a full dose of venom in you. You would have died before you ever made it back to your truck if you hadn’t had that kit with you,” Cross said.

Cross says turkey season ends next Tuesday and his goal is to get in a few more hunting trips before then. By the way, Cross says those bite kits cost about $10. You can find them online or at local outdoor stores.

Cross says was in the hospital for two days. He received a tetanus shot, antibiotics and pain medicine. He says so far, no nerve or tissue damage has been discovered. Cross says he says a follow-up visit next week. Cross says doctors at Baptist East say they see an average of 6 snake bites per year.