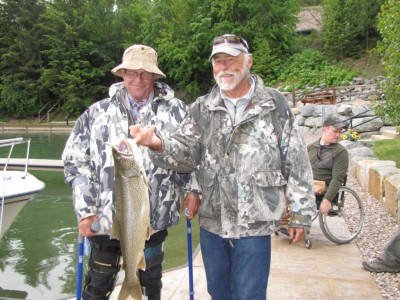 (All photos courtesy of Montana Fish, Wildlife and Parks) 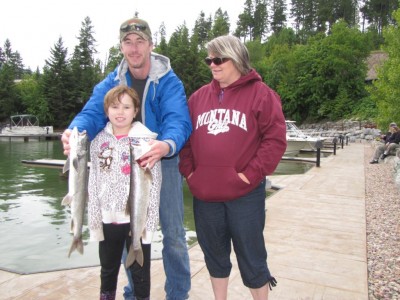 A total of 80 anglers with disabilities participated in the 20th annual Fishing Without Barriers Day on Flathead Lake on June 13. The anglers caught a total of 13 lake trout from fishing boats trolling on the lake; the largest lake trout measured 37 inches and weighed an estimated 18 pounds. Anglers also caught dozens of fish from the docks, including pike- minnow and perch. Anglers hailed from the upper Flathead Valley, Kalispell, Polson, Ronan, Eureka, Libby, and as far away as Anaconda, Victor, and Missoula.

The Fishing without Barriers Day is held annually to provide an opportunity for people with disabilities to get out on Flathead Lake and enjoy fishing with the experts. For many of the anglers, it is their only fishing experience for the year. 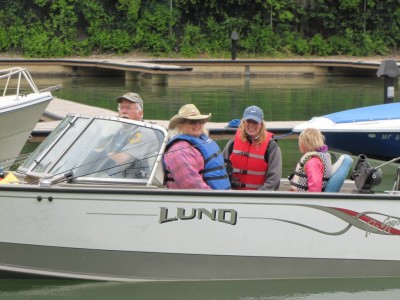 Barry Schrammeck, and Diane and Randy Williams of Woods Bay RV Park and Campground provided the facility for the barbeque and celebration. Doug Averill and Jim Frissell made available Hidden Harbor where boats were launched. The Montana Game Wardens Association served as a major sponsor. Jerry Howard of the FWP Crossing the Barriers Committee organized the food, donations, and other aspects of the event. He also baked 50 dozen chocolate chip cookies, which have become an event trademark.At a post-fishing barbeque, about 200 people, including anglers, helpers, and family members, enjoyed a gourmet lunch and fish fry. A casting contest, where anglers attempted to hook fish models with casting plugs, proved to be popular as more than 50 people participated to win prizes. Jeff Rach and the Badrock Canyon Band provided music. 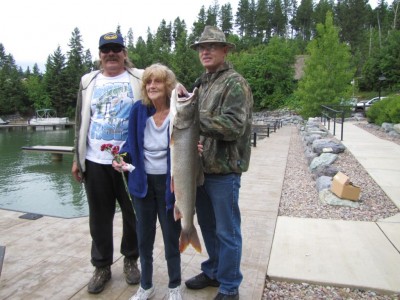