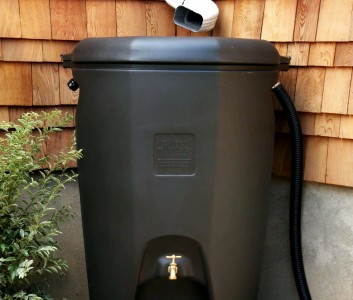 Collecting Rainwater is Illegal in Several States
By angelamontana

Several western states have laws that deem diverting rainwater that falls on personal property illegal to collect and refers to the act as a violation of water rights.  A few of the states that boast this particular law are Utah, Colorado and Washington.

Mark Miller, of Mark Miller Toyota, in Salt Lake City, Utah, discovered this the hard way, as an article on worldtruth.tv states:

After constructing a large rainwater collection  system at his new dealership to use for washing new cars, Miller found out that the project was actually an “unlawful diversion of rainwater.” Even though it makes logical conservation sense to collect rainwater for this type of use since rain is scarce in Utah, it’s still considered a violation of water rights which apparently belong exclusively to Utah’s various government  bodies.

Who knew that conserving water and helping the environment could be illegal in some states?  Although Montana currently does not  have this particular rainwater law, is this what our future may hold?

Check out the news clip below about Mark Miller’s run-in with the law with the rainwater topic: