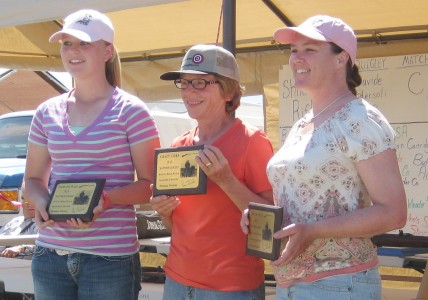 Tilton had 43 hits out of 48 shots. Taking first place for the women, known as the Crazy Cora prize, was Margo Hanson, of Twin Valley, Minn., with 38 hits.

The event is sponsored by the Forsyth Rifle and Pistol Club, but for such a small town affair the shoot is a huge attraction. More than 560 shooters attended, with people coming from 30 states and five foreign countries to compete. The competitors shoot large caliber buffalo rifles, like those designed back in the 1800s. They fire eight shots at six different targets ranging in distance from 350 to 805 yards. The closest eight shots have to be made off-hand while the rest can be made using shooting sticks.