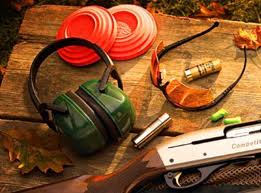 Golfing With Shotguns
By OutdoorAly 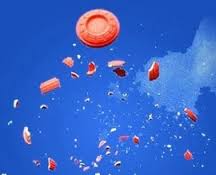 Sporting Clays had its beginnings in the early 20th century in England. The Brits have always had a fondness for the clay target sports and “shooting flying.” A number of British shooting schools in the early 1900s used live birds, usually pigeons, for hunting practice. As noted in an earlier post, this practice often caused some consternation with the non-hunting public. As a result, clay targets became the common fodder for shotgun practice. Sporting clays was originally designed to mimic hunting conditions and live game shooting and that tradition continues today.

Unlike the trap and skeet games that use one standard target for all events, Sporting Clays uses several different targets. There are midis, minis, battues, rabbits, maxis, and standard trap or skeet targets. A typical sporting clays course has between 10 to 15 stations and covers about 35 acres or more. Shooters fire at 4 to 10 targets per station. The targets, most often pairs, are thrown from various angles and heights offering the shooter just about every possible target presentation imaginable. A sporting clays round usually consists of either 50 or 100 targets. 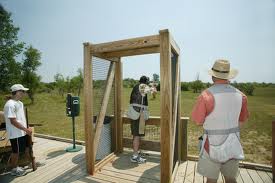 A variation of the clays game is “5-Stand.” This game is usually set up on a small field, quite often a skeet range. A combination of 6 to 10 traps is used to throw targets at various angles. 5-Stand takes up much less space than a full blown clays course and is much less expensive to operate. A 5-Stand round usually consists of 25 targets. The Missoula Trap & Skeet Club has just such a setup. If you are in western Montana on most any Sunday, I suggest you give it a try. Montana also has several great sporting clays courses; just go to www.mynsca.org to find one near you. While clays shooting is very challenging, it is really GREAT fun. 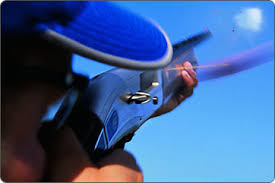 The sporting clays game is a relative newcomer to American shooters. It was introduced by Field & Stream magazine’s Bob Brister in July, 1980. In the following few years, clays participation literally exploded. In 1985, the United States Sporting Clays Association was formed and that same year the Orvis Corporation sponsored the first US national championship. In 1989, the NSSA formed the National Sporting Clays Association. As the NGO, NSCA provides governance and promotes the sport. Today over 3 million American shotgunners enjoy this still growing clay target discipline.