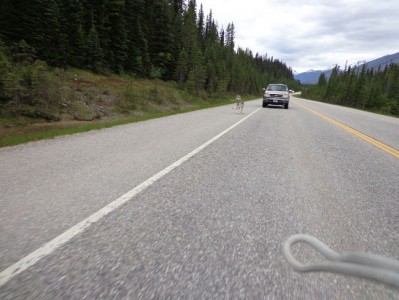 (all photos courtesy of Tim Bartlett)

Wolves seem to be getting more comfortable around people, and Tim Bartlett has proof of just how unaffected these wild dogs actually are by people and vehicles.

According to an article posted on torontosun.com, Bartlett was being chased by a wolf while riding his motorcycle on Highway 93 in Kootenay National Park on June 8th.  Here’s what happened:

Bartlett decided to turn around to try to get a photo of the wolf, but as he was riding in the southbound lane back toward where the animal went into the trees, it came out of the forest. The wolf crossed the road again and proceeded to run after Bartlett in the shoulder lane, then eventually ran on the highway.

“He was definitely chasing me,” Bartlett said, noting that at one point, the wolf was about three metres <just over 9 feet> behind the motorcycle. “I was going fast enough to stay in front of him and took six or seven shots, then realized this was not a safe thing to be doing — for me or the wolf.”

I mean, it’s cool that Bartlett got pictures of the wolf chasing him, as I would never believe anybody who told me a story like that, but wow.  It kind of makes you think twice about wolves in general, as we have the same type of wolves here in Montana.

Be careful out there, and for all the wolf hunters out there, wolf hunting season in Montana is just down the road (pardon the pun?). 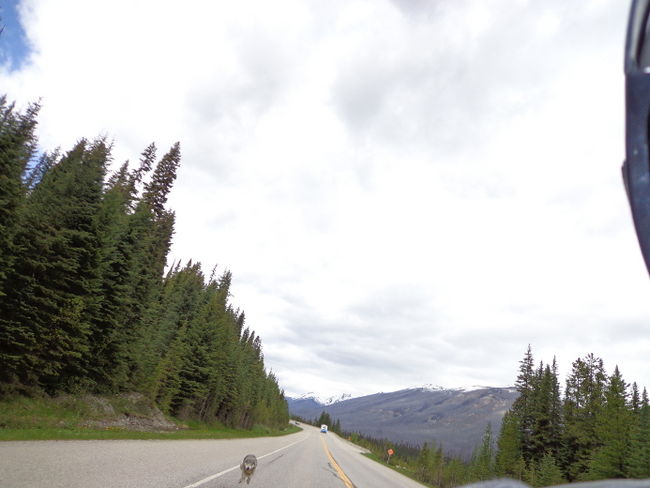 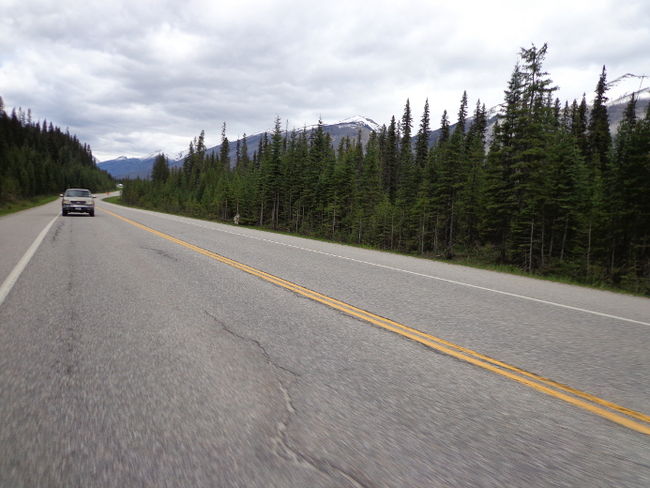