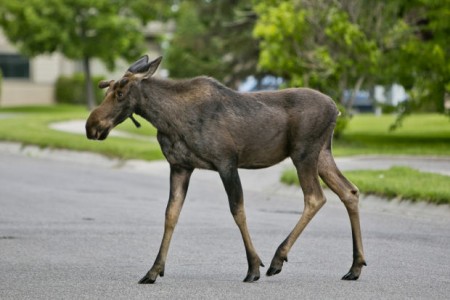 Moose Are On The Loose Around Montana This Spring!
By OutdoorAly 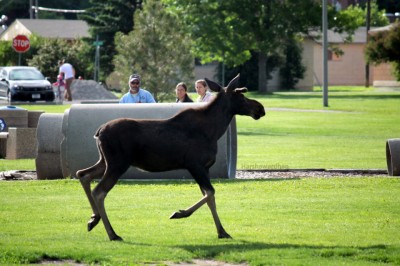 Bozeman Moose takes a romp through campus and downtown Bozeman June 20th. Here is what was reported by the Bozeman Daily Chronicle:

BOZEMAN – A bull moose’s walking tour of Bozeman ended when state wildlife officials tranquilized the animal and released it in the Gallatin National Forest.

The moose wandered around the city Thursday morning with an entourage of Fish, Wildlife and Parks wardens, police officers and reporters trying to capture photos and video of the journey.

The moose made appearances near Montana State University, Bozeman’s law and justice building, the Bozeman Daily Chronicle and a grocery store. 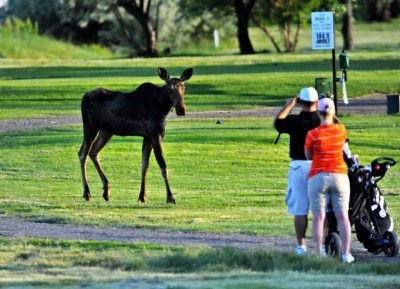 The moose alarmed several golfers on the course before hunkering down near Hole 6, according to golf course employee Katie Riphenburg. 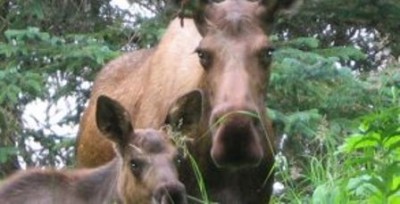 Missoula Moose- A mother moose kicked a hiker in the Blue Mountain area in late May this spring. The moose was protecting her calf that was being attacked by the hikers unleashed dogs. FWP wardens said the moose will not be put down. The moose was simply trying to protect her calf when the dogs attacked – and the woman was also trying to protect the moose by getting the dogs away from it. Read the full story on our website here. 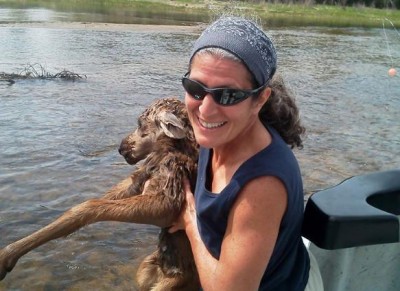 Big Hole Baby Moose- a baby moose was swept down river when trying to cross with its mother. An angler was there to witness the tragedy and acted quickly, pulling the calf from frigid waters and returning it to its mother. The whole amazing story can be found on our website here.

Deer Creek Baby Moose- another happy ending in calf rescue stories. This little guy stumbled into a private residence pool near Missoula. FWP was able to fish the little guy out and return it to mama. We have video you can watch here.