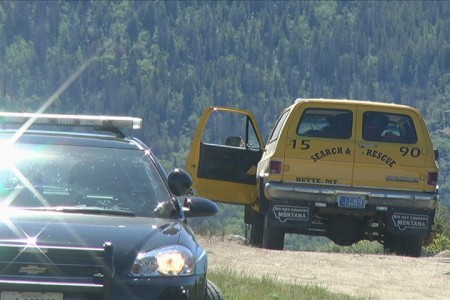 It is a scene straight out of the Sopranos; a bag filled with severed legs ditched on a remote road. The only difference is this is a true story, not a TV show. And instead of New Jersey, it happened just outside of Butte, Montana.

I know many hunters, hikers, and anglers who have found strange things when exploring remote parts of Montana outdoors. This find is especially disturbing considering it is a clear case of foul play, and remains a complete mystery over a year after the discovery. The severed legs were found June 26, 2012, just off a dirt trail a few miles up Moulton Reservoir Road.

Who do the legs belong to? Where is the rest of the body? How did they get there? Apparently detectives still don’t have answers to these questions.

According to a recent news article in the Montana Standard, Butte police Capt. Jerome McCarthy said there have been no answers even after a year of investigation. Here is a link to the full story, some of which is quoted here:

Undersheriff George Skuletich said the case is still actively being investigated. The lack of new information isn’t due to lack of effort.

The legs have been examined by the Montana Crime Lab in Missoula. No match. Police have tried to connect the legs to any recent missing person cases. No dice. Search dogs combed the area for the rest of the body. No luck. DNA samples from the legs have been put on a national data base in an effort to find a match with millions of other DNA samples. Nada. Zero. Nothing.

“It’s an oddity,” the undersheriff said. “It’s an odd case for any department.”

What investigators do know about the legs is frustratingly little.

The legs appear to belong to a white, adult male. McCarthy says they were severed with a clean cut just below the groin area. Part of the pants was still on the legs, as well as footwear and socks, McCarthy said.

McCarthy didn’t release any further details since the investigation is still open.