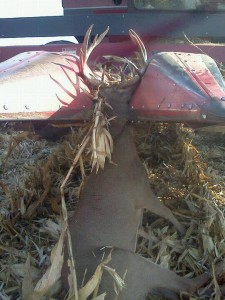 Buck Stuck in Combine
By angelamontana 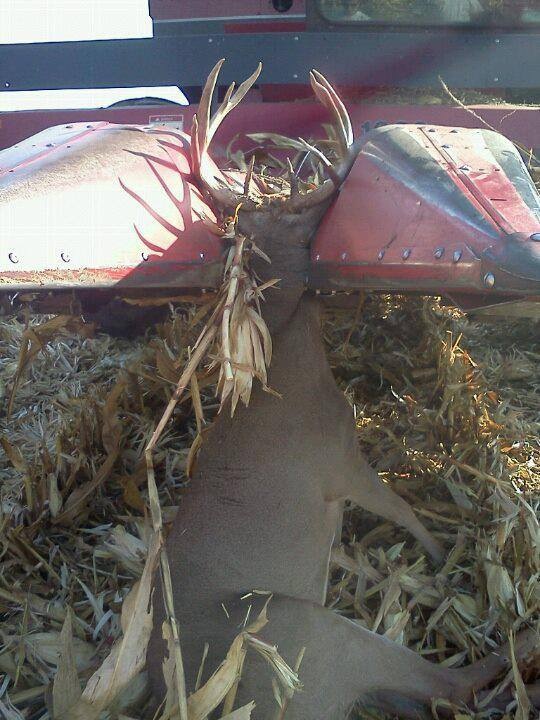 In late September of 2012, a nice 5×5 buck sealed its fate by failing to pay attention to an oncoming combine.  Although the story doesn’t tell of a location of the unfortunate accident, the buck must have been snoozing in the farm field before it was run over.

The story was posted on steerplanet.com, and the individual that posted the picture stated that after his Dad, the combine driver, realized there was something stuck in the combine, he found the whitetail deer and it was still breathing.

It makes you wonder what would cause a buck to not realize a dinosaur-sized machine was heading straight toward him.  The DNR was called, as the farmer wanted to butcher the buck, but he didn’t have a tag.  The DNR said that a possibility might be that the deer had Epizootic Hemorrhagic Disease (EHD), which is spread by biting flies.

Whatever it was, that would be something to experience.  Somebody on the site referred to the buck as being “ROWkill” rather than roadkill, and I think that about sums it up!