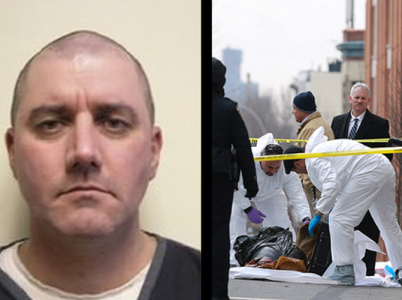 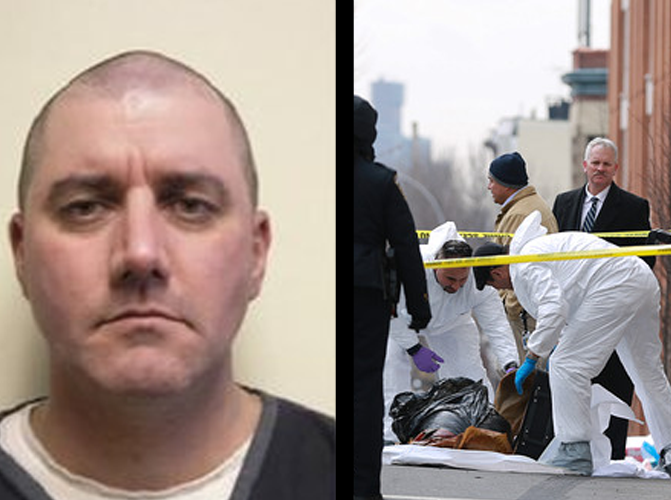 Earlier in the week we reported that a prisoner escaped from the Montana State Prison in Deer Lodge, today we found the prisoner has been shot and killed. The 42 Year Old was a registered sex offender who was sentenced to 55 years in prison for 2004 convictions in Park county on charges of a sex crime and failure to register as a sex offender.

Dean Randolph Jess escaped Deer Lodge Prison on 7/1/2013 and was spotted in the Wal Mart shopping center in Billings where a 20 minutes standoff occured.

Here is the full story from Associated Press:

BILLINGS, Mont. — A Yellowstone County deputy shot and killed a man who escaped from Montana State Prison following a Friday standoff at an intersection in front of a Billings shopping center, the county sheriff said.

Dean Randolph Jess has escaped Monday and was driving a stolen Jeep when he was pinned in by patrol cars at an intersection near the Walmart on Billings’ west end, Sheriff Mike Linder said. He locked the doors and refused to come out, creating a standoff that lasted about 15 or 20 minutes.

The 42-year-old Jess was sentenced to 55 years in prison for 2004 convictions in Park County on charges of a sex crime and failure to register as a sex offender. He had an earlier rape conviction in Washington state, according to authorities.

“He may have had it made up in his mind he wasn’t going back to prison, one way or another. We don’t know that,” Linder said.

Linder, who was on the scene of the shooting, said he determined the man shot by the deputy was Jess based on a photograph of the escaped inmate. An autopsy will be conducted to confirm Jess was the man killed.

It was unclear what Jess was doing in Billings, located more than 250 miles east of Deer Lodge.

Jess had been under minimum security working for the Deer Lodge prison’s motor vehicle maintenance on a service call when he escaped Monday. His vehicle was found about 1 1/2 miles from the prison, leading prison officials to believe he had fled into the rugged area nearby covered by trees and brush.

A ground and air search turned up no sign of him. Jess was not a problem inmate and had worked for the prison’s motor vehicle maintenance since 2006, prison officials said.

Authorities were first alerted to his presence in the Billings area when a person came into the sheriff’s office Friday morning to report being contacted by Jess, Linder said. A phone call from Jess to the witness was traced to a pay phone at the Walmart shopping center.

As authorities converged on the scene, a report came in of a green Jeep stolen from the Deer Lodge area, Linder said. A deputy spotted a Jeep matching the stolen vehicle description leaving the Walmart parking lot, and several deputies used their vehicles to block it in as Jess tried to leave the shopping center, Linder said.

Jess, who was holding a gun, had locked himself in. For the next 15 to 20 minutes deputies tried unsuccessfully to convince him to come out, Linder said.

“Deputies were yelling at him ‘Put the gun down, put the gun down,'” Linder said. “I believe I heard one of them say ‘Don’t do it’, and shots were fired.”

The name of the deputy involved and how many shots were fired was not released. Linder said he has been on the force for about 15 years.

Under Montana law, a coroner’s inquest will be held in coming months to determine if the shooting was justified.

The sheriff had no doubt that the shooting was justified based on his conversations with the deputy.

“The deputy felt his life was in danger,” Linder said. “Somebody points a gun at me and I have a gun pointed at him, I’m going to try to shoot him before he shoots me.”

Linder declined to give any details on the witness who tipped off authorities. Department of Corrections spokeswoman Judy Beck said she knew of no connection between the escaped inmate and Billings.