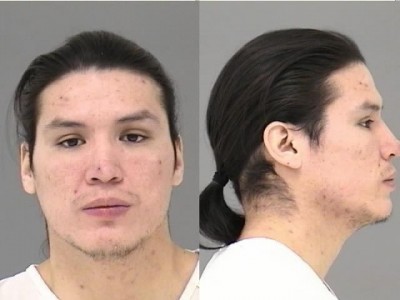 Dangerous Inmate Escaped and at Large in Southwestern Montana
By angelamontana

The following bulletin was issued by nbcmontana.com yesterday afternoon, so once again, while you’re outdoors hiking, floating, fishing, shooting or just hanging out, keep an eye out for this guy:

BUTTE, Montana: Authorities are looking for 31-year old Robert Burshia, an inmate who escaped from a chemical dependency center on Monday.

We’re told he’s an inmate at Fort Peck Adult Corrections Facility in Poplar, but was at the Montana Chemical Dependency Center in Butte when he escaped.

A representative at the corrections facility tells us he was serving time for numerous charges including three counts of Aggravated Assault, two Criminal Endangerment and one for Child Protection.

Burshia is described as a Native American male who is 6-feet, two inches tall and weighs 220 pounds. His hair color is black and eye color brown.

Anyone with information on his whereabouts is asked to call police or the Fort Peck Adult Corrections Facility at 768-3204.

(Report and Photo courtesy of nbcmontana.com)