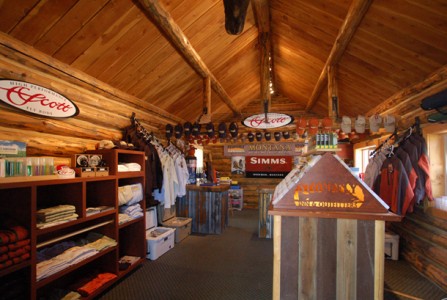 The robbery is especially devastating because it occurred during the height of fly fishing season, a time when small Montana businesses depend on making most of their sales to get through the rest of the year.

The tight-knit fly fishing community has been spreading the story through forums and news outlets in hopes to spot suspicious gear sales. The Houston Chronicle even picked up the story here.

The robbery was believed to happen between 11 p.m. Sunday and 5 a.m. Monday morning. Western Madison County has had an increase in thefts reported this summer.

This is actually the second time Stonefly Outfitters was burglarized this summer. The first time thieves stole four Yeti coolers worth around $400 each that were chained to the porch. They cut the chain to steal coolers from the property.

This time around intruders broke into the shop through a window and took fly rods and reels made by Scott, Hatch and Nautilus, Simms rain gear, backpacks, fishing hats, cash and even the cash register.

“I’m guessing they’re not going to use the items,” Leavens told Montana Standard earlier in the week,“They’re going to sell them.”

Leavens installed security cameras to deter future robberies, but is still hoping to get some of his gear back.

If you see any suspicious sales of fly fishing gear, or have information regarding the case please contact Madison County Sheriff’s Department at 406-843-5301.