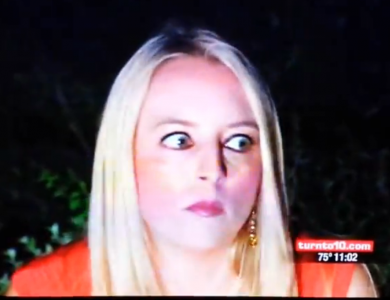 Outdoors are one of the many topics TV reporters cover, but not always as well as planned. These tutorials on how to react if you encounter a bear, or handle a 12 pound carp on a boat were well intended, but turned out disastrous on film. We put together some other hilarious TV reporter coverage of the great outdoors, where most news anchors are clearly out of their element.

This video came from a Rhode Island news station where the reporter demonstrates a step-by-step tutorial on how to survive a bear attack. It was well intended but turned out to be weird and strangely hilarious. The video has gone viral, and you can see why after watching. I have encountered a bear before, and I don’t think throwing a shoe is going to help anyone out in that situation.

This reporter was covering invasive Asian carp and while holding a 12lb fish managed to drop the fish and take out the fisherman, all caught on tape. I laugh just imagining the Captain in this same scenario, I think he would have had her use a net!

This Indianapolis reporter was trying to demonstrate just one of the many summer outdoor activities by powering up a four wheeler. Maybe she should have picked a different activity, or let up on the throttle.

This is another spectacular report on how to prepare for a bear encounter. The reporter couldn’t find an actual bear to shoot so he used a cutout of a bear instead. Check out this hilarious footage of him galloping through the woods with his creative prop.

If you have never handled a bird call I admit, it could be tricky at first. But this reporter royally screwed up a turkey call on camera. The Duck Dynasty crew would be cringing if they saw this.

This reporter wanted to get up close and personal with a wood grouse, and he got what he asked for. This footage comes from a reporter in Sweden, so I guess the U.S. isn’t alone in their inexperienced outdoor news coverage.