For the first time in the 15 years that he has hunted the Fort Peck Reservation, Scott Azure actually SAW elk. 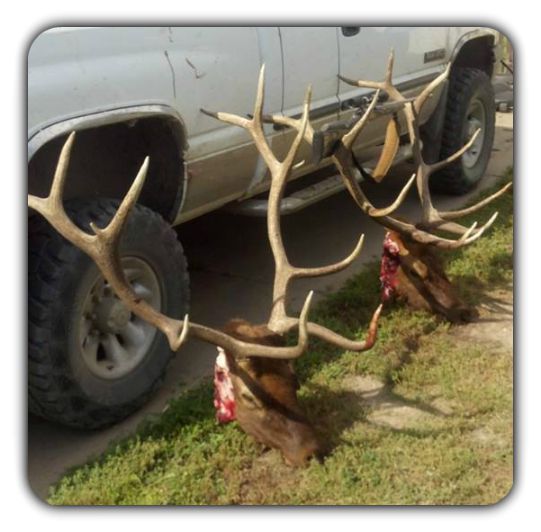 On Monday, September 16th, Scott was out scouting whitetail on the Conservation Reserve Program (CRP) locations that he frequents and was surprised to see two bulls running out of the trees.  “Im guessing they were either chased out by archery hunters or pushed out by herd bulls from the pines area west of our land base,” Scott assumed.

He used a Remington .300 WinMag to take the bulls.  Even though it is archery season for big game in Montana, Scott’s hunting rights fall under the treaty that allows him to hunt, as needed, within the reservation boundaries.  The elk couldn’t have shown up at a better time, as Scott has a growing list of elders and grandparents that will be receiving large portions of the elk meat.

That is quite the ending for somebody who hasn’t even seen anything bigger than deer for the 15 years that he has been hunting the Fort Peck Reservation.  “I’m just your average whitetail hunter who got lucky yesterday.” 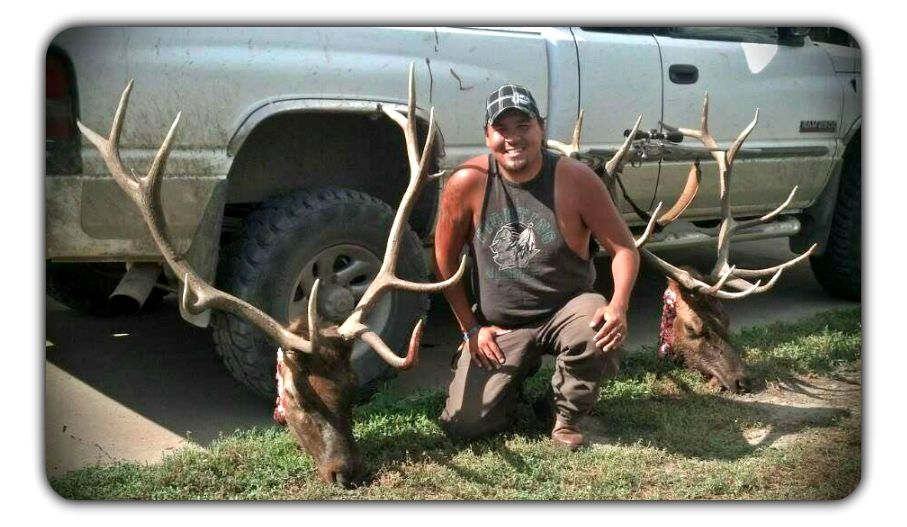 (Information and Photos via Scott Azure)