This past weekend, the Montana Trappers Association (MTA) held their annual “Rendezvous” event at the Fergus County Fairgrounds, in Lewistown, Montana, that celebrates trapping and the outdoors.  The event also allows MTA members and other trapping supporters to meet at the annual member meeting to discuss trapping and trapping issues with the board members.  Attendance at the Rendezvous was up from last year, and the event was a success! 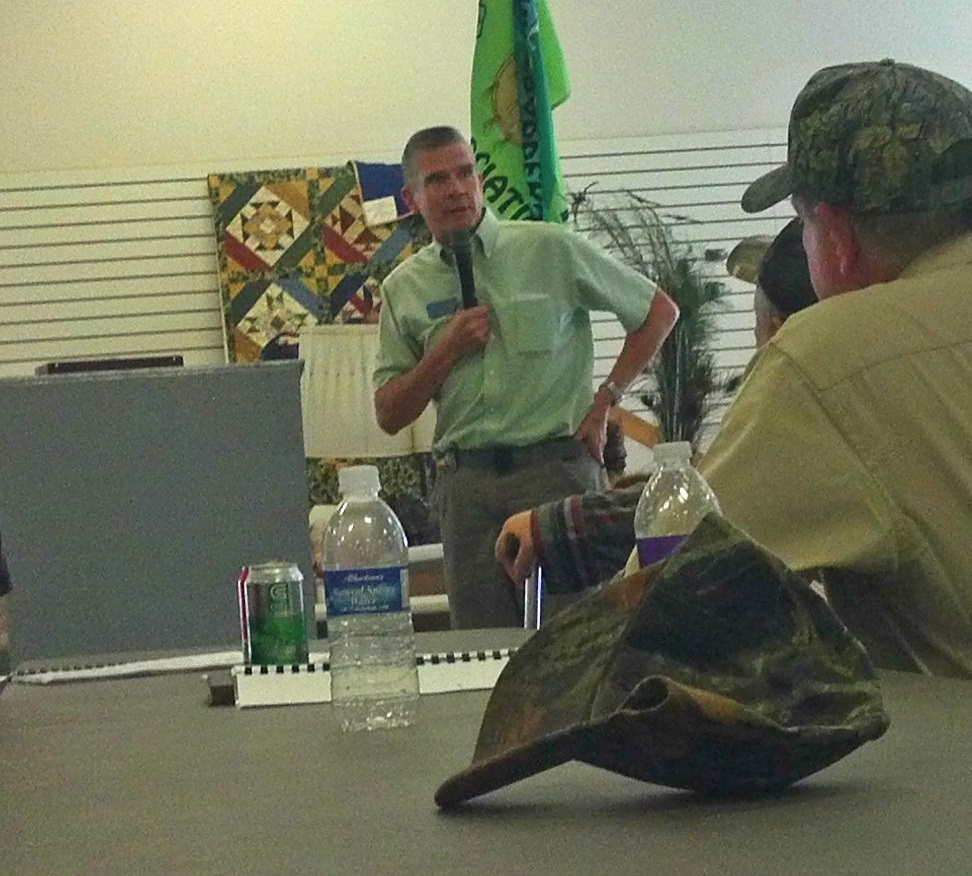 Trapping demonstrations, vendor booths that included fur, lures, traps and trapping supplies sales, and more were part of the event.  Montana’s District 19 Senator Matthew Rosendale, Sr., of Glendive, was also a guest speaker, and I had the pleasure of meeting him.  He spoke at the event about his love for trapping foxes and coyotes, and he also emphasized the importance of trappers speaking up and showing their support for trapping.  As the District 1 Director, Paul Fielder, said, “If you’re not at the table, you’re on the menu”.  And that is true!  The voice that never speaks is never heard, so speak up!

Another big part of the event was the announcement of three positions being filled for the board of the MTA.  Toby Walrath, of the Bitterroot valley,  is now the President of the MTA, while Jason Maxwell, of Missoula, was named the new Vice President West.  Terry Sheppard. of Ovando, was also named the treasurer for another term.  A huge congratulations to these three!  The board is optimistic about the individuals that make up the MTA board, and, as a member of the MTA, so am I!

What a fun celebration day on Saturday, followed by the MTA board meeting on Sunday morning, which, by the way, is open to the public (the next board meeting will be in December).  Congratulations to the new board members, and thank you to the MTA for all you do to support trapping and for all you do that benefits Montana.  I know I am looking forward to the next event, and so should you!

To become a member of the MTA, and to get more information on trapping, visit their website at www.montanatrappers.org, and also watch for their upcoming Facebook page!