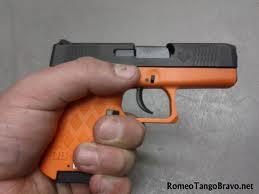 Diamondback Firearms is a Florida company founded in 2009. Diamondback makes small concealed carry pistols chambered in 380 Auto and 9MM. They also make an AR style pistol chambered in 5.56 NATO, and AR style rifles in both 5.56 NATO and 300 Blackout.

In March of this year, Diamondback lost a lawsuit to Kahr Arms for patent infringement. Diamondback also recently entered into an agreement with Taurus whereby Taurus will handle the marketing and sales of Diamondback guns. Quite a history for such a young company. 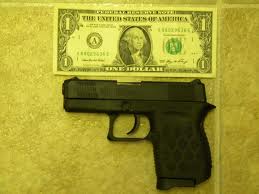 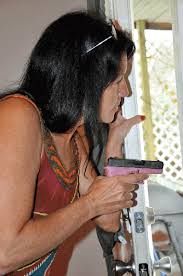 I recently tested a Diamondback DB9. Chambered in 9MM, the DB9 is 5.6 inches long and weighs 11 ounces empty. With the magazine installed, the gun is 4 inches high and .8 inches wide. Like I said, these are SMALL guns. It has a 6 round magazine, add 1 in the chamber and you have 7 rounds of 9MM firepower, sort of. Diamondback has disclaimers stating the maximum bullet weight for the DB9 is 124 grains, and strongly advises against +P or +P+ ammunition. 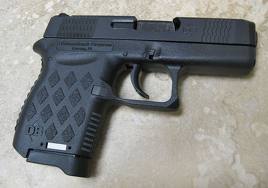 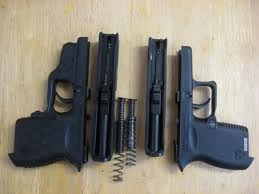 I found the gun to be well built and well finished. It had decent sights, with the rear windage adjustable. The gun had no malfunctions when I shot it, although ammunition and time were really limited. Because of the small size and low weight, shooting this gun is not pleasant; it hurts. I have shot a lot of really powerful handguns that produced really heavy recoil, but the diminutive DB9 is one of the top 2 or 3 most unpleasant to shoot guns that I have ever used. 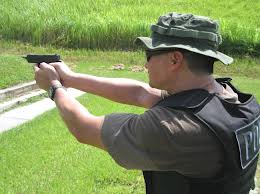 With a normal two-handed grip on the very narrow frame, I suffered some nasty cuts on the base knuckle of my strong hand thumb when the slide cycled. I had a hard time trying to grip the gun so as to avoid this slicing. The DB9 has no slide lock; when the gun is empty the shooter must manually cycle the slide to ascertain whether or not the pistol is empty. This is a “belly” gun, but I can’t recommend it for self-defense or concealed carry. I suggest a S&W Shield or a Springfield XDs in 9MM. While both guns are a little larger, they are much more shootable and controllable and I guarantee their owners will spend much more time at the range practicing.