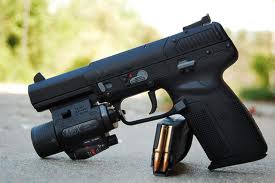 Something Different from FN USA; a Two Gun Review by Colonel Smoothbore
By OutdoorAly

Fabrique Nationale d’Herstal was founded in 1889 in Herstal near Liege, Belgium. The company is known in the US by several acronyms including FN, FNH, and FN USA. For our purposes I’ll refer to it as FN. The company manufactures an incredible number of civilian, law enforcement, and military firearms and is the parent company of Browning and Winchester firearms. We’ll look more closely at FN in a future post, but for now I’m going to give you my impressions of a couple of their pistol offerings that have been on the market for a few years.

Several years ago, the US military considered replacing its standard side arm, the Beretta M9 9mm pistol, with a new 45 caliber semi-auto handgun. Nearly every major pistol manufacturer rushed into the race for the new contract. The US government finally decided against replacing the M9, a loss for the manufacturers, but a win for the rest of us. The new guns were entered into the civilian market. One of the guns is the FN FNX-45 Tactical.  This is a polymer framed gun chambered in 45 ACP. Unlike many of the new polymer guns, it is hammer fired rather than striker fired. It has a manual safety (part of the original military requirements), 15 round magazine, and weighs about 34 ounces. The gun comes with 3 dot fixed night sights, has 2 mounting bases for optical sights on the slide, and a 5.3 inch threaded barrel that will accept a suppressor or flash hider. The gun also has interchangeable backstraps and comes in either black or flat dark earth. 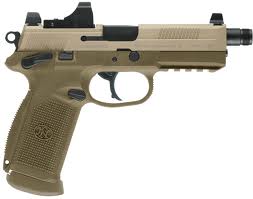 This is a BIG gun, and mainly due to its size, I found the gun easy to shoot and recoil very manageable. The gun had the flat backstrap installed; I prefer arched backstraps and would have liked to try the gun in that configuration. This would be a good duty or trail gun, but for concealed carry, I found the gun a bit unwieldy and not a good choice for undercover use. 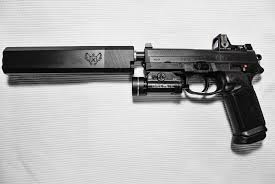 The other FN pistol I tried was the Five-Seven®. This is a really interesting pistol mostly because of the cartridge it fires, the 5.7 x28mm. More about this round in a moment. This gun weighs 21 ounces empty, has adjustable 3 dot sights, holds 20 rounds in the magazine, and has a 4.8 barrel. Like so many of the recently introduced pistols on the market, this is a polymer framed gun and like the FNX45 it is available in black and flat dark earth. 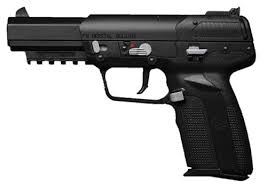 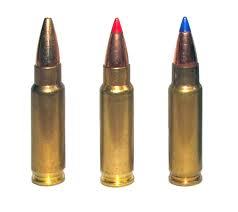 What makes the Five-Seven® unique is the ammunition. The gun fires a 40 grain bullet from a bottle neck cartridge. While there are numerous loadings, only the Federal TMJ is available to the civilian market. Federal states muzzle velocity is 1655 fps, and muzzle energy is 243 ft/lbs. This is a really comfortable gun to shoot. Perceived recoil is very light, a bonus for recoil shy shooters. While this is a fun pistol to use, I’m not really sure about its effectiveness as a personal defense pistol. Limited loadings, hard to find and somewhat expensive ammo are two big considerations when choosing a PDF. Jeff Cooper once was asked what would be the best gun for a gunfight; he responded “…the one you have with you.” Who knows if this might be the best gunfight gun for someone, maybe even you?

Next week, a little surprise; until then, be safe and good shooting.