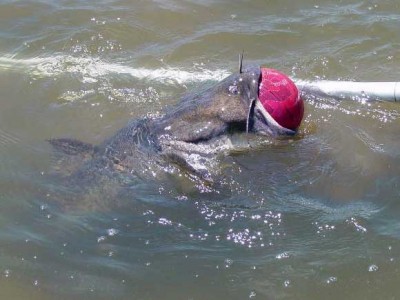 Have you ever noticed debris floating in the water of a lake you were on, and you just didn’t really give much thought as to why it was there?

Well, according to the Witchita Eagle, back in May of 2004, Bill Driver, a local fisherman and boating enthusiast, at Sandalwood Lake, in Kansas, noticed a basketball floating in the water.  After further investigation, it turned out that the basketball was sticking out of the mouth of a flathead catfish.  Every time the catfish would try to go under the water, the air in the basketball would bring it right back up to the surface.

Driver waded into the water and corraled the fish toward shore.  The fish appeared to be exhausted and offered little resistance, which proved beneficial for, both, Driver and the catfish.  After an unsuccessful attempt at trying to pull the ball from the mouth of the fish, but he just couldn’t get it.

“I just couldn’t pull that ball out of its mouth,” Driver said. “I was lifting up out of the water as best I could by the ball. I finally sent my wife to the house to get a knife.”

He ended up using the knife to carefully deflate the basketball, that was estimated at 50 pounds, and the fish swam off into the deepest part of the lake.

So, the next time you see a basketball, or anything for that matter, floating in the water, it would be worth it to remove it so that another fish or marine animal can avoid enduring a similar ordeal.  It’s a good thing that Bill Driver was around to help this fish, as he saved its life. 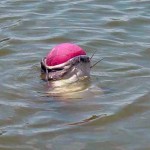 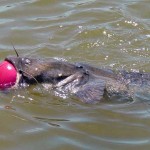 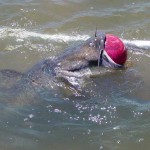 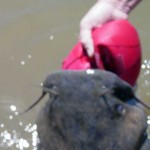 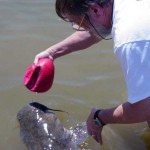