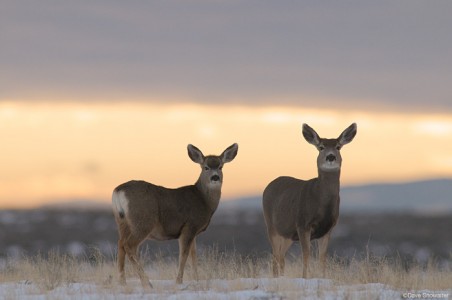 In those districts, general deer licenses will only be valid for white-tailed and mule deer bucks. Previously, hunters could take either sex, either species.

Deer B licenses good for antlerless mule deer remain valid for the hunting districts for which they were issued. District specific mule deer B licenses were selected through a special drawing last summer.

Also, the Region 4 antlerless whitetail licenses remain valid throughout the entire region, except for HD 455.

The Commission acted because of a concern that hunters in those five districts would find fewer whitetails and shift to hunting antlerless mule deer.

Hunters are always urged to read the regulations before going out.