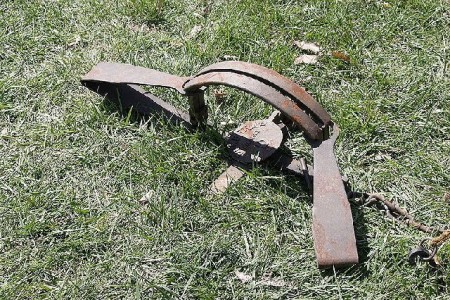 By KEITH KUBISTA President Montana Sportsmen for Fish and Wildlife

The human control crew is at it again. However, this time they are utilizing a wildlife ballot initiative known as I-167 as a vector to achieve their non-consumptive use/rural cleansing agenda. Wildlife ballot initiatives are devastating to all hunters, trappers, rural residents, ranchers, wildlife and the very agencies whose responsibility is to manage wildlife. These types of initiatives frequently target elimination of predator hunting or trapping as their primary goal, which creates severe problems for wildlife management agencies to balance predator-prey populations and also decreases hunting opportunities and license revenues. Wildlife ballot initiatives bypass existing structured management process and decisions by FWP or other fish & game departments, prevent deliberative processes with biological and public input and are rigidly written with zero flexibility.

This deleterious I-167 initiative is particularly troubling since it absolutely prohibits trapping on all public lands, with nebulous and very limited exceptions. It is based on misleading information which would clearly prejudice the outcome should enough signatures be gathered by the legion of control agents likely bought and paid for by HSUS, DOW, NRDC, CBD, and the “Alliance of this” or “Friend of that”.

Beware; deceptions are being used by the sponsors of this initiative to eliminate our historical use of public lands.

Here are some facts:

1. Trapping on public lands is regulated in some form with setbacks to roads, trails, campgrounds, trailheads, dwellings etc. to avoid conflicts. These setbacks are adjusted and revised regularly. For example regulations changed in districts 1 and 3 this year when more than 30 trails and roads now require expanded setbacks. In the Missoula area alone over 40,000 acres are off limits to trapping. In addition there are special regulations on over 420,000 acres of WMA’s and closures for beaver & otter trapping on 31 rivers, creeks, and their drainages.

2. Trapping regulations are adaptive to current circumstances and are frequently changed to meet wildlife population objectives using biological data, recognizing shared use by the general public, and avoiding conflicts. Trapping regulations require the use of the most advanced technology, equipment and methods to deal with the wide range of species including pan tension settings, jaw spread limitations, placement and use of baits, seasonal timeframes, training and certification classes, trap ID tags, recessed trigger mechanisms etc.

3. With these new era tools, trapping has become more humane, efficient, and is an essential wildlife management tool effectively used to control predators, pests, predatory animals, as well as to protect our domestic herds. For example, with the addition of trapping to wolf management plans last year, Montana’s wolf population was finally reduced for the first time since they were reintroduced. It is widely known and proven that hunting alone will not accomplish controlling wolf populations.

4. We have been trapping for decades on public land and tourism is thriving and remains robust throughout Montana and will continue.

5. Pets are to be kept under control at all times on public lands, not to be allowed to run at large, which has created many conflicts with harassed, injured or killed wildlife. Worst of all Footloose MT, the sponsor of this initiative continues to spread disinformation and propagates emotional hype concerning incidental dog captures. FWP keeps records of and monitors these events. Here is their data from last season: 4 dogs captured in wolf traps all 4 were on private land 3 running at large/loose. 10 dogs were caught in furbearer sets (3 on private land, 4 running at large/loose). Nearly half of all incidents involve dogs at large.

6. One of the elements this initiative imposes is prohibiting governmental agencies from contracting with private sector individuals or contractors who specialize in pest and predatory animal control. This will require more full time state employees to carry out these activities which many Montana residents currently do recreationally and as protection of their property.

7. If public land trapping is prohibited predator and predatory animal populations will increase thus causing more livestock depredation which results in more funding needed for the livestock loss board and other obligations.

8. There are many other long term financial implications and far reaching consequences of this initiative that result in loss of license revenues, fiscal liabilities for the state, and restrictions to private property protection.

Folks, here in Montana our customs, culture, and heritage should not fall victim to extremists looking to adjudicate our lifestyles out of existence.