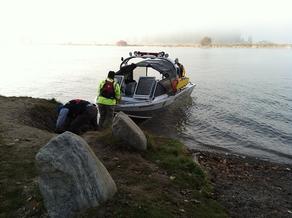 Kalispell Hunter Missing, Search Called Off Due to Weather
By OutdoorAly

A 65-year-old duck hunter has been missing since Monday and search efforts have been dispatched  after his kayak was found abandoned on the Flathead River.

According to local news reports :

Crews began looking for the 65-year-old Kalispell man began Monday, after his overturned kayak was discovered on the Flathead River. His vehicle was also found at the Sportsman’s Bridge Fishing Access.

The Flathead County Sheriff’s Department tells us several search and rescue divers were on the river Saturday, looking within a mile upstream and downstream of the Fishing Access.