Deer harvest in northwest Montana is well ahead of last year at the same point in the season, according to check station results around Region One.

According to FWP Wildlife Biologist John Vore, the deer harvest really picked up pace this weekend because of the rut. For example at the Swan Check Station, hunters brought through 60 whitetail bucks while at Olney, 65 bucks were checked. Both counts are well above average for that weekend.

“We saw a good number of older bucks come through this weekend,” Vore said.

Hunters are reminded that it is buck-only for whitetails in northwest Montana. Antlerless whitetails remain legal game for youth 12-15 years of age (and some qualifying 11-year olds, see regulations). Mule deer are buck-only for the entire season. Elk are brow-tine bull only. Spike bull elk are not legal game for any hunter in Region One. Hunters should refer to the hunting regulations for the hunting district they plan to hunt. 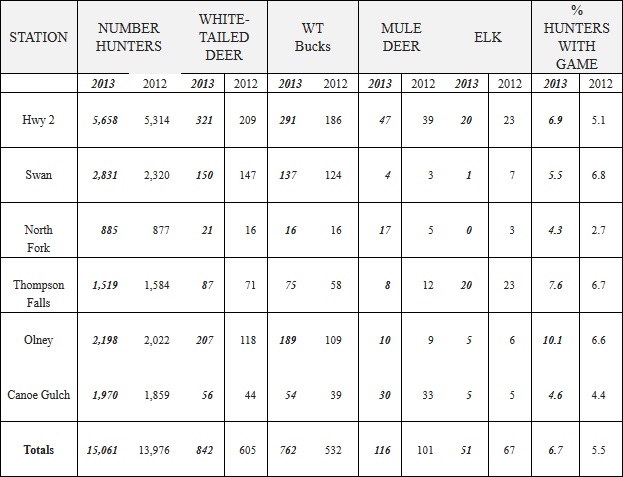