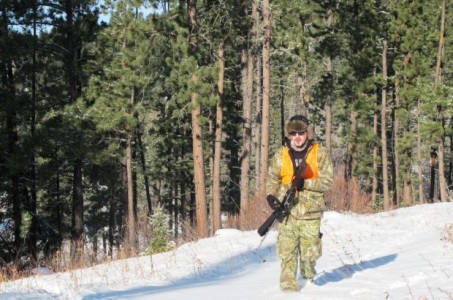 The numbers are pretty staggering. The Billings Food Bank supplies about 15,000 to 20,000 pounds of meat to needy folks in south-central Montana a year. The National Shooting Sports Foundation said hunters donated nearly 2.8 million pounds of game meat to food pantries across the United States in 2011. Last year, the Montana Food Bank Network, based in Missoula, delivered 7,000 pounds of hunter-donated game meat to its 200 service providers.

This year, hunters who buy an antelope, deer, elk or bison license can help out by making a contribution of $1 or more, either online or at their favorite license vendor. The program is new this year, thanks to bipartisan legislation passed in the 2013 Legislature. Although money is being collected, it won’t be distributed until next year. Rules are still being developed by Montana Fish, Wildlife and Parks to figure out how to spread the money around.

Until then, hunters can donate their game animals to their local charity of choice by paying for the processing and then contacting the Montana Food Bank Network or the charity to have it picked up. Many charities prefer the meat be ground into hamburger and packaged in one pound chubs.