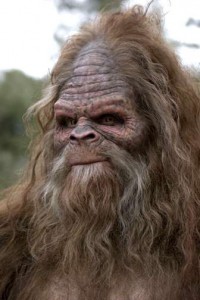 Is Bigfoot Real? Scientists are Saying Maybe!
By OutdoorAly

There are some that swear Sasquatch is out there, and then there are the rest of us who mock them. There is even a television series about hunting down this mythic elusive creature. But, respected geneticist, Bryan Sykes, at Oxford University in the U.K. has recently reported a genetic link of the Yeti, or “Abominable Snowman”, to a breed of ancient Arctic bears.

Here’s the kicker; he thinks it could have survived to modern day.

This conclusion was drawn from the findings of a yearlong project that aimed to rigorously test hair and tissue samples that were claimed to have belonged to Sasquatch.

“I put out a call for Yeti, Bigfoot, and Sasquatch hairs in 2012, and I received a good response from all over the world,” Sykes told NBC News.

Sykes’s findings will be the focus of Bigfoot Files, a documentary series premiering on Britain’s Channel 4 this Sunday. (A two-hour special will air in the U.S. on Sunday, November 17, at 8:00 p.m. ET/PT on the National Geographic Channel.)

Read the rest of the story from National Geographic here.